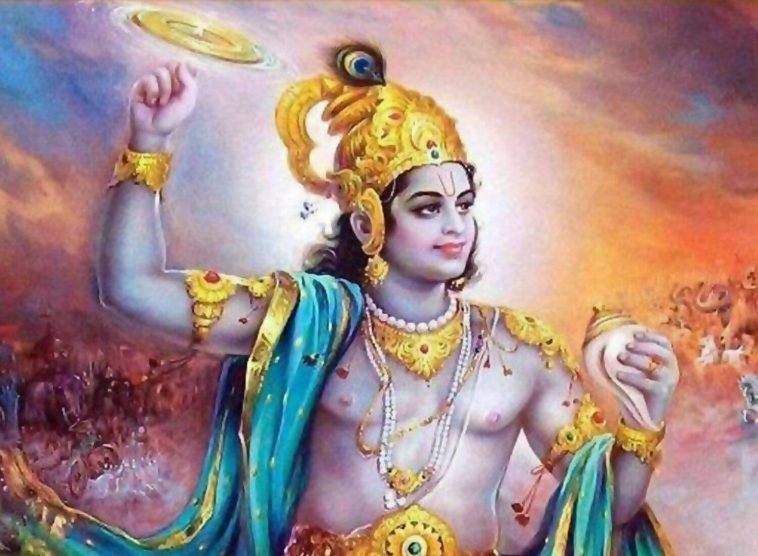 Hindu mythology ……. Who isn’t the fan of the greatest folklore of incredible India? The mythos is full of heroic tales of chivalrous and valiant warriors, awe-inspiring and magnificent preachings, battles between devas and asuras, deadliest and powerful weapons of Hindu mythology. It’s so cool.

So why not get a close sight of the weapons used in the great Hindu mythos? Here are the ten most powerful weapons of Hindu mythology, wielded by the ultimate power, Hindu gods themselves, as a symbol of creation, power, prosperity, and sacrifice.

One of the most recognizable pieces of emblem around the world, the Trishul, is the most powerful weapon personally wielded by Lord Shiva or Goddess Shakti. A Trishula can nullify any supernatural weapons, and once used, it can never be stopped or controlled unless Lord Shiva himself stops it.

The three points of the Trishula signifies various meanings, commonly the trinities: creation, destruction, and maintenance; the three Gunas; the past, present, and future. In the human body, it depicts the common center of the three nadis (the energy channels, i.e., Ida, Pingala, and shushmana). The Trishul is said to have ravaged the three worlds: the physical world, the forefather’s world, and the world of the mind.

As god Shiva is recognized as the god of destruction, Hindus believe that god Shiva will use the Trishula itself to destroy the world when the time comes. No creature can stand against this weapon. The only force that can resist the Trishul is Shiva himself.

A disc-like weapon resembling a circle with 108 sharp edges, God Vishnu wields Sudarshan chakra. It is also well known as Chakkrath Azhwar. Lord Vishnu used to hold this Sudarshan Chakra in one of his four hands with Shankh, Gada, and the Padma. Chakra also symbolizes that Lord Vishnu used to own celestial bodies and the heavens. It is used for the ultimate devastation of the enemy of law and order.

Beliefs say that this was the Gift from Lord Shiva to Lord Vishnu and was made by the architect of gods, Vishvakarma. It was made out of the leftover Sun dust, which Vishvakarma collected.

The discus returns to Lord Vishnu after the enemy is destroyed, making the weapon accurate and easy to control. The weapon is said to be always in motion, and the name means “a vision of the auspicious.”

Brahmastra is another one of the lethal weapons existing in Hindu folklore. It is created by God Brahma himself along with other astras, the Brahmashirsha Astra, and the Brahmanda Astra (Brahma weapons). The Brahmastra is said to be obtainable through immense concentration and meditation or can be given by a Guru only.

The weapon not only destroys the one for whom it was used but also annihilates the environment, and the land where it was used became barren. Sometimes it also becomes the foremost reason for the cracks in the land. Vishvamitra used it against Vasishth, Sri Ram against Ravana, Arjun against Aswathama, etc.

It is said that the Brahmastra never missed its mark and had to be used with very specific intent against an individual enemy or army to uphold the dharma, as the target would face complete annihilation.

It is the second powerful weapon created by Lord Brahma, which is four times stronger than Brahmastra. It is believed that it consists of the four heads of Brahma, symbolizing the four sacred and holy texts of Hindus, the Vedas. A distinctive feature of this weapon is that it can be invoked on any object, even on a grass strand, with the use of correct holy mantras.

When this weapon is invoked, a thunderstorm of fire will surge, and thousands of meteors would fall accompanied by the trembling of the earth’s destruction will not only last for a few days but years. Hindu Puranas says that there will be no rain and cultivation for 14 years on the area stroked whit this deadly weapon, giving birth to life-destroying drought.

Brahmanda, another weapon created by Lord Brahma, manifests with all five heads of Lord Brahma as its tip. Lord Shiva cut one of the heads of Lord Brahma during their battle as a punishment for his arrogance. According to Hindu cosmology, this weapon, as its name suggests, possess the power to destroy the Universe or Brahmanda (the 14 realms).

The records of Hindu Puranas declares that “when this weapon is invoked, it will cause the oceans to boil due to its unbearable heat while earth along its mountains and rocky plains will float on the air and everything will burn leaving nothing not even ashes”.

However, when Brahmanda Astra is used to countering Brahmastra and Brahmashirsha Astra, it will swallow both the weapons as being more powerful than both. But when this weapon is used for an offensive purpose, nothing can stop it, not even the combined power of any of the above weapons.

As being capable of destroying the entire 14 realms in a blink of an eye, this weapon is very difficult to obtain. A person needs to meditate to achieve it. Though a teacher or guru can give this weapon to his pupil, that student will need immense concentration and focus along with the recitation of the correct mantra to activate it.

6. Rudra Astra, the Power of the Third Eye of Shiva

Rudra Astra is more like the most dangerous part of god Shiva’s body, named as the third eye of Shiva. God Shiva is known for his great meditation (yoog). It is believed that all the power collected from the meditation or yoog is concentrated at the region in the middle of the forehead, also known as the tenth door of the human body. This power is the deadliest power of the world and is only activated on demand of god Shiva when he is furious. Whenever the third eye is opened, it reduces the landscape to ashes and can easily destroy celestial beings as well.

Narayan Astra is one of the deadliest and powerful weapons of Hindu mythology used by Lord Vishnu in his Narayan avatar. This weapon throws millions of weapons like Gadha, Chakram, arrows simultaneously appear in the sky for the devastation of their enemy. The only way to save ourselves from it is to submit yourself before it hits. The intensity of the shower of weapons increases with an increase in resistance.

It is said that Aswathama, a Kuru warrior-hero in the epic Mahabharata, unleashes the wrath weapon on the Pandavas in Mahabharata. Hence, Lord Krishna advised them to surrender to its power by dropping all their weapons and armors and lay down on the ground.

However, another folklore says that Lord Krishna used it against Lord Shiva, who was fighting on behalf of the evil Banasura. When Shiva charged his Pashupatastra on Lord Krishna, he used this to make Lord Shiva fall asleep, allowing him to cut off Banasura’s thousand arms.

Shiva’s Teen Baan is another one of the powerful weapons. However, as the name suggests, it is in the form of three arrows that were granted to Babrika, the son of Ghatotkach.

According to Hindu beliefs, Pashupatastra is one of the most devastating and deadliest weapons ever known to humanity. According to Hindu Puranas, it is the weapon of the consort of the Godhead Mahadeva, i.e., Mahakali. Mahakali meaning “Goddess who is beyond time.”

Pashupatastra is capable of destroying creation and human beings. To date, only two warriors were competent enough to obtain the weapon, Arjuna (Mahabharata) and Inderjit (Ramayana). The mantra to obtain the Astra is sealed by Shiva and can be obtained from him only.

However, an interesting fact about this weapon is that each time the weapon is summoned, its head is never the same. So you can call it a shape-shifting weapon.

Vajrayudha or vajra is the personal weapon of Lord Indra, which releases thunderbolts. The literal meaning of the word is ‘lightning.’

Made from the bones of Rishi Dadhichi and fashioned by god Vishnu himself, this weapon was first used to kill the demon Vritra as he had a boon that any metal weapon cannot kill him.

This weapon symbolizes not only the victory of god over evil but also signifies the sacrifice of the saint for the freedom of mankind. 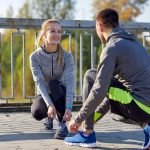