14 Myths About Mental Health That We Need To Break 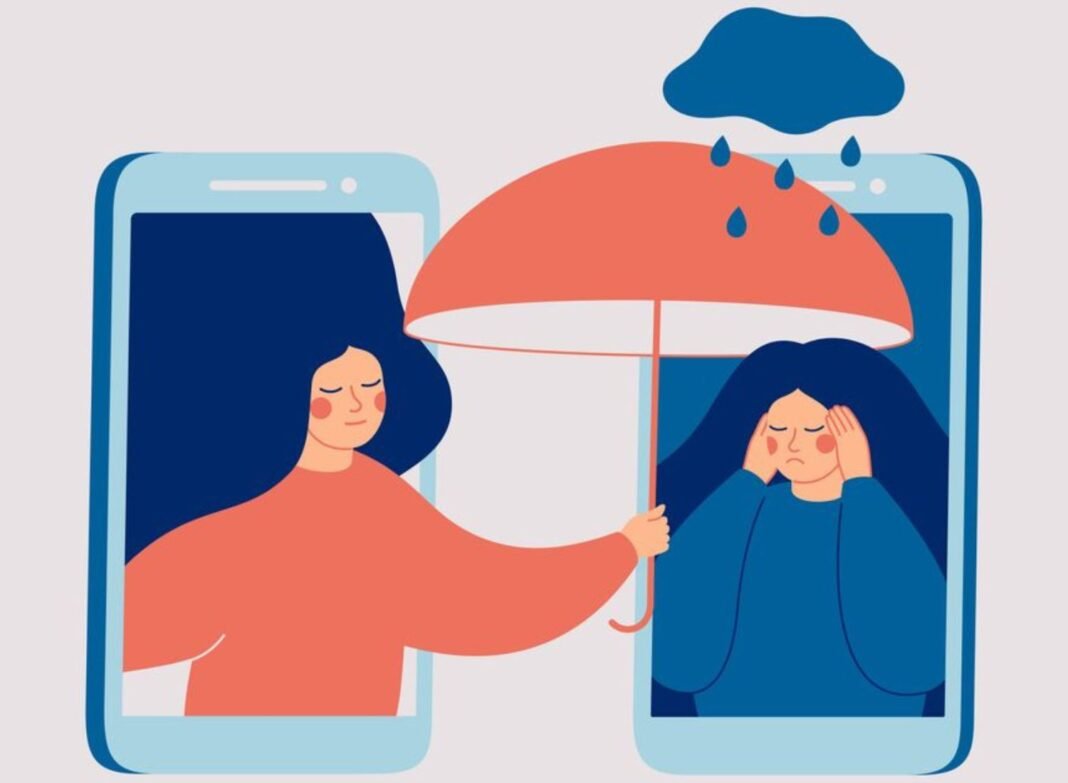 Mental disorders are an extensive and recently-flooding subject today. Unfortunately, this critical concept in various countries, including India, is not brazenly and openly talked about. And when a serious thing like mental disorders and mental health is discussed as light as a mere whisper, many myths and norms start to get associated with it.

This could lead to many fatalistic effects and hence requires a combined rise of voices and a rise in global awareness.

Table of Contents show
Here Are 14 Myths About Mental Health That We Need To Break, NOW.
1. Mental sicknesses are not much prevalent.
2. Therapy does not help.
3. Only diagnosed people can go to therapy.
4. Only people who have a ‘reason’ to be depressed are depressed.
5. Eating disorders are only diagnosed in females.
6. Mental disorder is equal to black magic.
7. Therapy and sharing with a friend are similar.
8. You can fight mental sickness with ‘power.’
9. Love is the best medicine.
10. There is a certain look of mental disorders, especially depression.
11. If you are diagnosed with a disorder, you are weaker than others.
12. People with mental health issues are very violent.
13. People diagnosed with schizophrenia see and hear ghosts.
14. People who are alone are only affected by mental health problems.

Here Are 14 Myths About Mental Health That We Need To Break, NOW.

1. Mental sicknesses are not much prevalent.

Let us address the most dangerous myth on this subject of mental disorders. Mental health issues are a very rampant problem in the world today.

According to the latest reports of WHO, almost 8 percent of Indians suffer from some kind of mental problem. Another report’s numbers say that almost 56 million Indians are depressed, and 38 million of them are going through anxiety problems. In some studies of WHO in 2001, it was stated that 1 out of every 4 individuals suffers from some mental or neurological diagnosis.

Mental sicknesses are no longer ‘alien’ to ‘normal’ households. It might have its base in anyone’s life with no biases.

2. Therapy does not help.

Indeed, therapy cannot help as fast as any particular medicine. But mental health professionals say that therapy is way better than medications since it helps the patient by steadily and remarkably making them learn how to cope with their situations.

Therapy is a gradual aiding process that works like a miracle once the patient starts to actually let it help. You can never ‘snap out’ of any disease; you need proper and professional assistance to do so. In this case, therapy is that needed assistance.

3. Only diagnosed people can go to therapy.

It is evidently false that therapists only deal with people who are actually mentally sick, i.e., are diagnosed. A psychologist is trained to help anyone with the slightest and mundane issues as well.

Therapy can treat people’s base-level issues, insecurities, and day-to-day life struggles, which eventually help a person experience internal peace and stability. Therapy is the best guidance in anyone’s life, which is very much needed for their mental health, even if they have the conventional fruits of the world.

4. Only people who have a ‘reason’ to be depressed are depressed.

One of the most critical mental disorders is depression. Though being depressed could have many reasons, it is not a compulsion that a depressed person needs to have a reason to be able to ‘qualify’ as depressed.

A person with a good friend circle, a supportive family, a rising career, and a healthy relationship could also be clinically diagnosed with depression. It is important to understand that though materialistic subjects are a faction of provision to be happy, it is not the whole definition of it.

5. Eating disorders are only diagnosed in females.

There is an evident difference in the rate of percentage of food disorders between both genders. Girls and women are more likely to be diagnosed with any proposed eating disorder, but it is a clear myth that eating disorders are ONLY diagnosed in females. In fact, one out of every 4 patients with an eating disorder is a male.

Hence, it is high time we cease the ideas of gender’s influence on eating disorders. It is a united fight of everyone against this life-staking diagnosis.

Many countries, especially India, are afflicted with the mentality of black magic associated with ‘unusual’ behaviors. It is perceived that if a person is ‘mentally-not-okay,’ then they are under some sort of paranormal control. For years, a grave disorder like schizophrenia has been equalized as ghost manipulation.

It is crucial to understand that mental disorders are just like any other disease. It is highly biological and even environmental and needs medical attention. It is very much humane, and any myths regarding mental health should be treated urgently.

7. Therapy and sharing with a friend are similar.

Yes, your friends can really help in your situation if you are diagnosed with any type of mental disorder, but it is, in no way, equal to clinical therapy. Counselors and psychologists actually use certain scientifically immune methods such as CBT to allow your growth and your health to be better.

Psychologists and counselors don’t just ‘talk,’ they use their ‘tools’ that may come out as vague to someone who isn’t familiar with this field.

Read also – 15 Ways To Get Educated Faster And Cheaper

8. You can fight mental sickness with ‘power.’

Although willpower is needed for any sort of self-betterment, it is not the ONLY aid to mental sickness. Seeking medical and professional help is one of the essential steps in treating your mental health. Even prescribed medications and psychiatric sessions are some other claims that you might also need.

Having said that, always keep your willpower stable since it will pace your process of betterment.

9. Love is the best medicine.

If anyone close to you is not mentally healthy, don’t just ignore their need to visit a doctor and shower them with ‘love’ because that won’t do any rational help. Give them what they actually require right now, which is professional help.

Then again, love is requisite, in any case, for anyone.

10. There is a certain look of mental disorders, especially depression.

11. If you are diagnosed with a disorder, you are weaker than others.

It is not in the control of a particular person to be sick, or not be sick, for that matter. The mental health of a person does not in any way define their strength or weakness. People have their individual life with individual stability.

In fact, to fight a long battle with a mental disorder and step out of this stage speaks volumes of a person’s ability. Anyways, don’t stereotype a person because of their mental status; if anything, it will make them even more dismal.

Only people with grave and serious diagnoses or stages can show signs of violence. It is observed that people with mental diseases, in fact, are more apprehensive than violent.

People who are mentally suffering are often found to be ‘part of the crowd’ rather than showing what is famously stated as ‘abnormal’ or ‘extreme’ signs of behavior. SO STOP STEREOTYPING MENTAL DISORDERS, LIKE RIGHT NOW!

A schizophrenic person goes through many hallucinations and delusions where they hear sounds, feel people around them and even see them, but it is less than true that they see or feel ghosts.

The disorder of schizophrenia is intensely neurological. Scientists and psychiatrists have still not been able to define the exact reason for these delusions, but there is no proof or even a profound thesis to state that they hear or see ghosts. And wait till they come out with proof and analysis of the disorder before slapping your nuisance ‘theories.’

14. People who are alone are only affected by mental health problems.

There’s no way that if a person has a bunch of friends, it makes them mentally immune and vice versa. It is often an internal struggle and is not proportional to the number of friends or loved ones they have. In some way, people can feel less alone and aloof if they are around people who love them, but still, it is not a guarantee of a stronger mental status.

Crashing all the stereotypes and myths is the first major step in normalizing the talks of mental disorders. Hence, let us break the norms and myths regarding any mental disorder and grow more informative in this crucial topic because we all know that #MENTALHEALTHMATTERS

The Concept of Toxic Masculinity!

12 Products Are Cheaply Made But Are Sold At High Prices