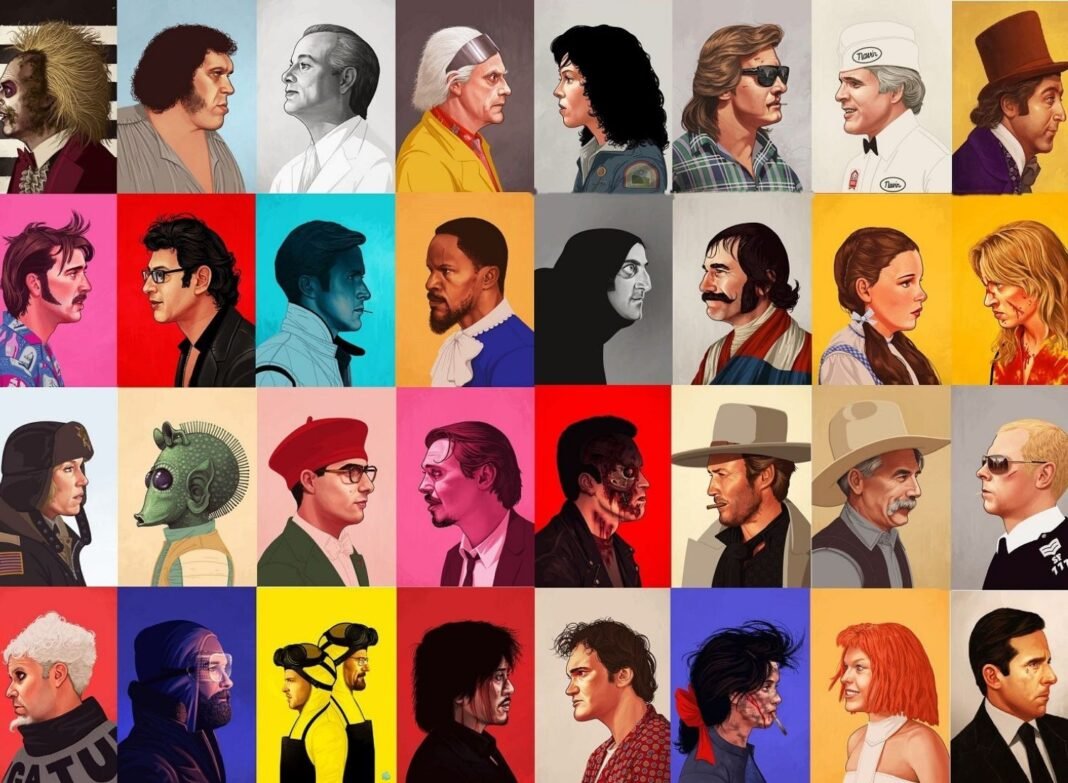 Don’t we love watching movies and series? And don’t we hopelessly fall in love with some fictional characters that become a crucial part of our little lives?

These characters are unforgettable, and mostly they are more famous than the movie itself. From their dialogues to their appearance, everything becomes iconic. With passing time, they become even more lovable.

Table of Contents show
Here Are 15 Iconic Fictional Characters The World Will Never Forget
1. Baburao Apte From Hera Pheri Franchise
2. All The Characters From F.R.I.E.N.D.S.
3. Thanos From Avengers
4. The Joker From Joker (2019)
5. Harry Potter From The Harry Potter Franchise
6. Captain John Sparrow From Pirates Of The Caribbean Series
7. John McClane From The Die Hard Franchise
8. Gabbar Singh From Sholay
9. Raj And Simran From Dilwale Dulhania Le Jayenge
10. Krish And Jaadu From The Krish Franchise
11. Sheldon Cooper From The Big Bang Theory
12. Tony Stark From The Marvel Movies
13. Moira Rose From Schitt’s Creek
14. Bahubali From Bahubali Movie
15. Mogambo From Mr. India

Here Are 15 Iconic Fictional Characters The World Will Never Forget

Do I even need to point out how famous they are? All the main characters (even the supporting actors) are so deeply engraved in people’s hearts that it is next to impossible to replace them. We will always love Rachel, Joey, Monica, Phoebe, Ross, and Chandler.

Yes, you are right. Each character from marvel movies is immensely unforgettable, but Thanos is just one of the best iconic characters. He is always going to be the most loved villain (also Loki).

We knew he was going to be on the list. Because he so deserves to be. This character is a legend for so many reasons. From the looks to the dialogues, every faction of this character is just out of the world.

I mean, come on. Harry Potter is our favourite character ever, and we know it will also be our children’s favourite (we will make it their favourite. Am I right?). And not just Harry Potter but also Ron, Hermione, Hagrid, Dobby, Dumbledore, etc., all of them are iconic.

6. Captain John Sparrow From Pirates Of The Caribbean Series

The look of John Sparrow is crafted in our hearts, with no regret whatsoever. He is one of the most memorable characters that bring us so much to learn.

If action is your thing, John McClane will be your everything. Die Hard has the best action ever with remarkable characters, scenes, and dialogues that are imprinted on everyone.

‘Kitne Aadmi the?’ is the most repeated dialogue. Sholay itself is an unforgettable movie written boldly on the history of Bollywood, and so is the character of Gabbar Singh.

Raj and Simran, Simran and Raj, the epitome of romance for all the 90s people. They are loved with such depth, and we know they are going to be forever famous.

10. Krish And Jaadu From The Krish Franchise

Both of them, our very Indian Superhero Krish and our heart-owner Jaadu, are very much iconic and will never step into oblivion. They were our favourite childhood friends, right?

Don’t we love our brainy friend Cooper? Yes, we do. We love how obnoxious, deadly-intelligent and quirky he is. His every character trait is iconic, be it his knock or photogenic memory.

12. Tony Stark From The Marvel Movies

Yes, yes, yes, before all the fans of Thor, Captain America, and Black Widow start to yell, we know we have a special place for Tony Stark in our hearts. We love him 3000.

One of the latest characters, Moira, has given us so much to love and remember her for. The other three main characters were also exceptional, but Moira is a character made once in a generation. We know she will be with us for the longest time.

He has been in our every reference since the first movie came out. He is our India’s boy that is just as iconic as the earnings of the film.

Hands down, the most famous villain in the history of Indian movies, Mogambo, has a different fanbase altogether. ‘Mogambo Khush Hua ye sunke!

Who is your all-time favourite character? Let us know if we’ve missed any iconic fictional character that cannot be ignored!!

9 Dumb Businesses That Made Huge Money

12 Signs Why Our Generation Can’t Retire