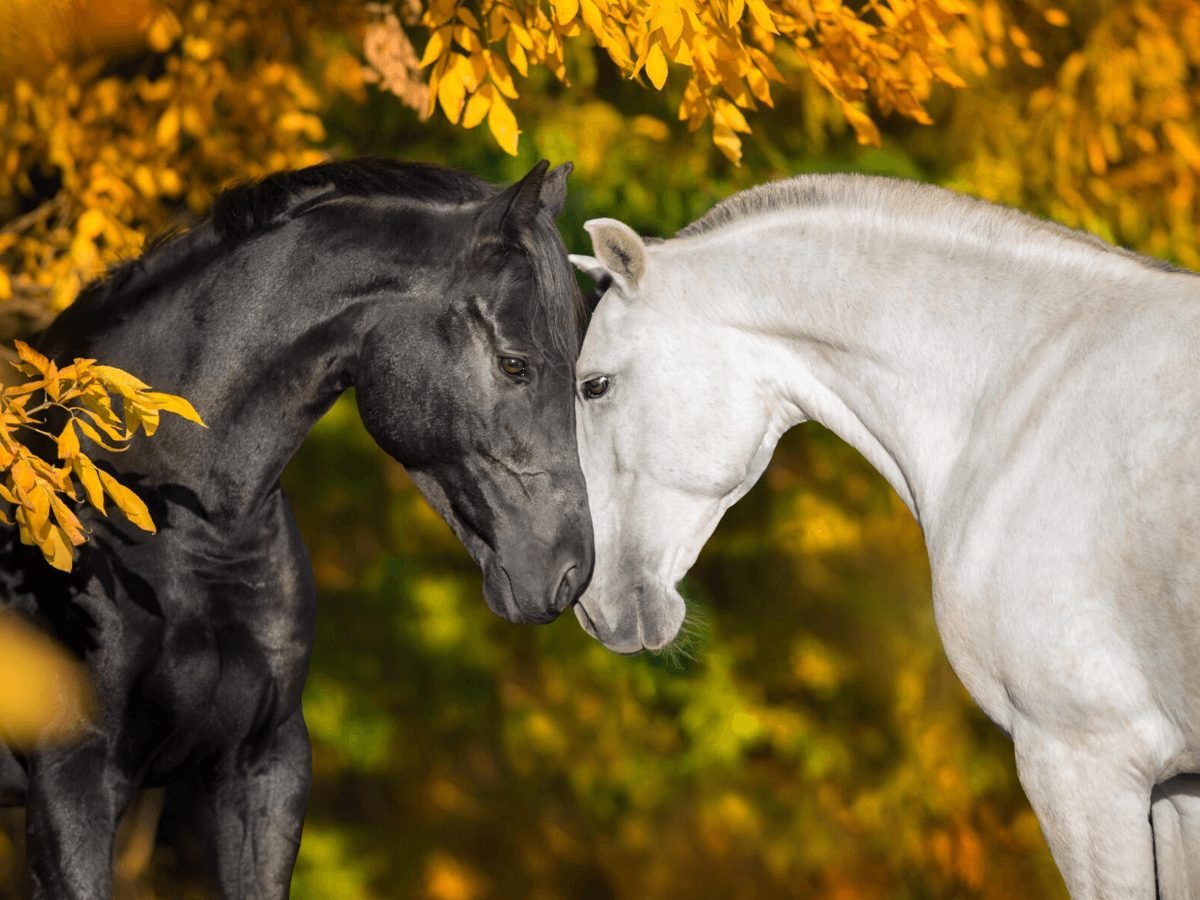 ‘A dog may be man’s best friend, but the horse wrote history.‘

Horses are truly magnificent creatures; there’s no second-guessing that fact! But it doesn’t end there. There’s so much more to a horse than what we know. Read this article to add these 15 interesting facts about horses to your trivia!

Table of Contents show
Here Are Some Interesting Facts About Horses:
1. Horses are picky when it comes to food.
2. Horses do not have gag reflexes!
3. Horses sport many names!
4. The secret is in the eyes!
4. When you see horses smiling, they aren’t smiling!
5. Horses understand companionship.
6. The Arabian breed is the purest.
7. Horses get classified into three breeds.
8. How to tell if a horse is cold?
9. Horses have fewer bones than a human!
10. A horse’s fluid input and output are immense!
11. Horse teeth occupy a little too much space.
12. Pay attention to the teeth!
13. Horses have a great memory.
14. Horses have their own way of expression.

Here Are Some Interesting Facts About Horses:

1. Horses are picky when it comes to food.

Horses are popularly known to love sugar cubes; they sport a sweet tooth. They often reject anything sour or bitter. They like to throw tantrums when offered hay or grass but seldom hesitate when presented with treats!

Some of their favorites include watermelon, apple, banana, peppermints, and strawberries. They should get a balanced diet, including a healthy amount of forage. Alfalfa hay is considered the best.

2. Horses do not have gag reflexes!

Horses have a sturdy lower esophageal valve, which permits only a one-way trip down the digestive system. The esophageal sphincter (an opening to allow food to move from one organ to another) shuts once the partially digested food enters the stomach. Even the internal stomach pressure cannot reopen the valve. So unlike other mammals, a horse can not throw up their meals once digested!

Horses are known to have large eyes among the land mammals. Their eyes are located flat on the sides of their head. They almost have a 360-degree view allowing them to maintain undeterred balance while galloping. It also helps to remain alert and evade predators.

4. When you see horses smiling, they aren’t smiling!

Many times people mistake the gesture that a horse makes as smiling because it fascinatingly displays teeth. Horses make that snout face to smell accurately. They have a superior sense of smell. It also usually makes a ‘smiley face’ to understand pheromones!

Horses prefer moving in herds of around 3 to 20 led by an alpha female. They seldom leave any of their members behind. They often feel anxious when left alone. At nightfall, at least one of them remains on their feet to look out for the rest of them! They even mourn the loss of their close ones.

They are also known to coexist by forming interspecific and intergeneric bonds (with humans, dogs, cows, and more.)

6. The Arabian breed is the purest.

There are nearly 300 remarkable horse breeds in the world, but the Arabian horses’ characteristics are unique, and they are regarded as the purest breed!

7. Horses get classified into three breeds.

Horses are very much like humans and convey messages using combined gestures of eyes, nose, and ears. To know if it is feeling cold, you must feel the back of its ear. If it is cold, that means the creature needs a blanket!

9. Horses have fewer bones than a human!

10. A horse’s fluid input and output are immense!

They require humongous amounts of water intake per day. It ranges from 5 to 10 gallons daily. They may be able to survive solely on liquids for approximately 20 days. They secrete about 4 to 5 gallons of saliva per day!

11. Horse teeth occupy a little too much space.

An adult horse has 36 to 44 teeth. The brain of the horse weighs around 22 oz. which is half of that of the humans. Hence, the amount of space occupied by the teeth is more than the brain! A horse’s head is more about its teeth rather than encephalon!

12. Pay attention to the teeth!

Their teeth are said to grow for a very long period. The teeth will stop growing if a horse has lived long enough. Once the teeth stop growing, they get worn down to the nubs. The horse then needs to be fed senior pre-chewed feed.

13. Horses have a great memory.

Like elephants, horses are known for their recollecting capabilities but are better. They remember events and keep in mind new learned tricks! They have a great long term memory and remember when they were treated harshly or with love. Next time when you see a horse, smile at them; chances are they’ll remember it.

14. Horses have their own way of expression.

They are not vocal, obviously, but have their way of communicating even with humans. The four basic sounds are-

No other land mammal can rank up to a horse. Their majestic appeal remains eternally unmatched. While seeking a human companion, they are a creme-de-la-creme choice. But again, hasn’t equine strength guided men in their spoils and triumphs across all of history?

12 Delicious Asian Dishes you Must Try out

Has the Commercialization of Festivals Withered their Real Importance?