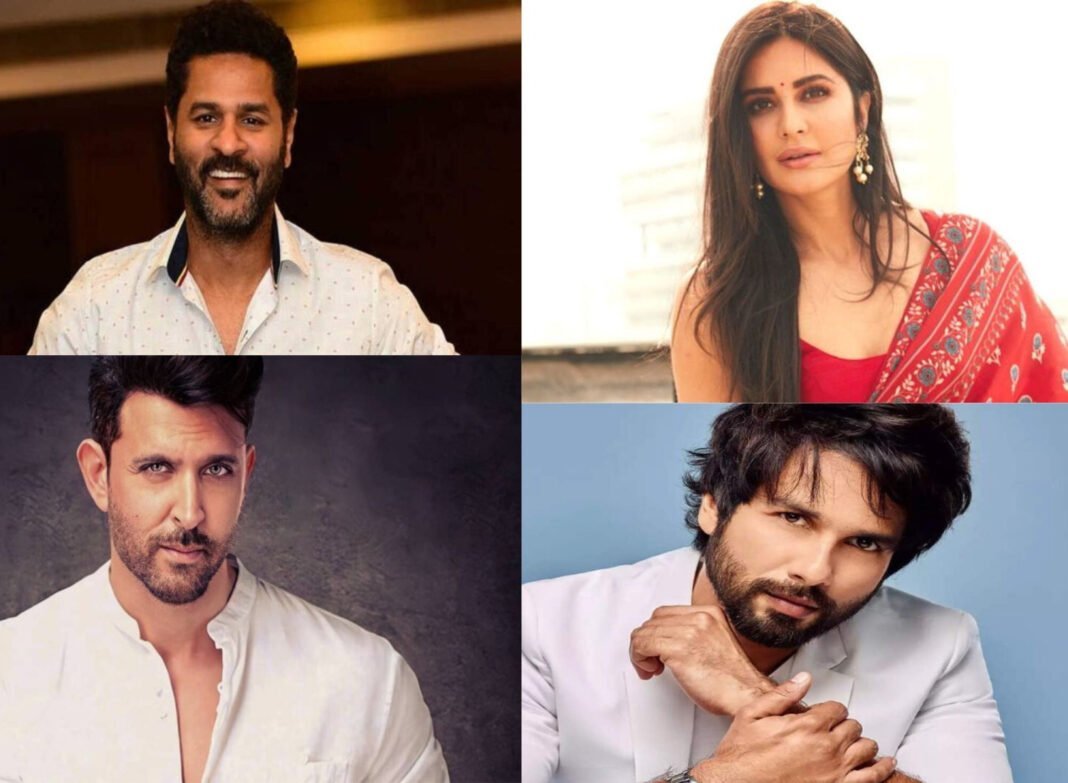 India is a place full of culture, inventions, traditions, languages, festive, etc., but what else? The divine art. India has always been charmed by various art forms. It has also given birth to some of the best dancers on this planet. There is no doubt why every Indian movie has to have a dance number, and we all love that.

We have to start with him, obviously. He is THE finest dancer, choreographer, actor, film director, producer, and wait, did I add that his dance is par excellence? He is a living legend in the field of dance. Indeed so, he is a Padma Shri awardee.

Dharmesh Yelande aka D has one of the most inspiring stories out there that makes him even more deserving to be on this list. From being a contestant of DID season 2(Dance India Dance) to being the judge of the dance show ‘Dance+’, we have seen him become a star.

Comically known as ‘Cockroach’, Raghav is such a delight to watch not just because of his matchless dance numbers but also for his fun heart. He too was a wild card contestant on DID season 3. He is stated as the king of slow motion, and he completely justifies this title.

Though being American by birth, Lauren chose to have a career in the Indian entertainment industry. She is loved immensely by the Indian audience too. She got her fame after being a contestant in the dance reality show called So You Think You Can Dance.

It is probably the first name that comes on any Indian’s lips when they hear- a gorgeous and heart-stopping dancer. Nora Fatehi is a Canadian model and actress but mainly a fabulous dancer. Her dance moves, without a doubt, are just the best thing to watch.

Allu Arjun is a Telugu actor who is one of the best dancers in India. His dance moves made him attain a cosmic fan-following. Still, doubting? Watch the original Seeti Maar, Down Down Duppa, Super Machi, and many more of his talented dance songs.

There is no need to explain this, I guess. He is Bollywood’s most brilliant dancer (most, not ‘one of the’). Since the beginning of his career, his dance skills got crazed and are still unbeatable. Even the budding newcomers look up to him for inspiration and motivation.

Tiger Shroff is a big fan of Michael Jackson and his dance moves have a hint of the inspiration that he dedicates to the late legend. He is another new-age magnificent dancer of India who is currently ruling the dance field of the industry. He has also worked in a full-fledged dance film called Munna Michael.

Shakti Mohan too started her career from DID, the show which she proudly won. She later made her way towards becoming the judge of the dance reality show Dance+. Her dance videos go crazy viral on various social media apps, such is her charm.

One could criticize her acting calibre but her dance skills can raise no loathing. She is the most hardworking actress in Bollywood (just watch any interview of an actor alongside her) and her dance videos are living proof of it. Kamli from Dhoom 3 is known to be her most loved dance song.

If you are a dancer or a dance lover in general, you would idolize Madhuri Dixit immensely. Her expression is preached by the whole wide world. Indeed, she is one of the most gracious dancers in India.

Remo D’souza is another very famous choreographer and Indian Tv reality show judge. He is also a filmmaker, but once you watch him dance, you fell in love with the way he moves. Like instantly.

Punit Pathak has been a judge on various TV reality shows including Dance+. He is an expert in wild contemporary, which is in itself is mesmerizing and sweating dance form. Other than that, he is a great actor, just once watch his roles in ABCD films.

You would recognize him from many reality shows. He too started his dance career with the very famous, star-maker dance show DID, which he won. He later went to participate in many other shows including Khatron Ke Khiladi (not a dance show, though). His dance is just eye-pleasing.

A name that is not as sheerly and famously known as the other names on the list, but she deserves to be here just like every other person. She played a slight supporting role in the latest Street Dancer 3D. She lately participated as the dance choreographer in the reality show India’s Best Dancer and ended up winning. Once you watch her dance, there is no way you can stop yourself from loving her.

The handsome hunk is a gem of an actor but is also a staggering dancer. His dance song Pump it up of the film – Chance Pe Dance will let you know the endless energy that he has when he dances.

Many, many, many brilliant dancers in India deserve a name on this list. So, here is the author’s pick, choose yours.

14 Ways To Wake Up Happy