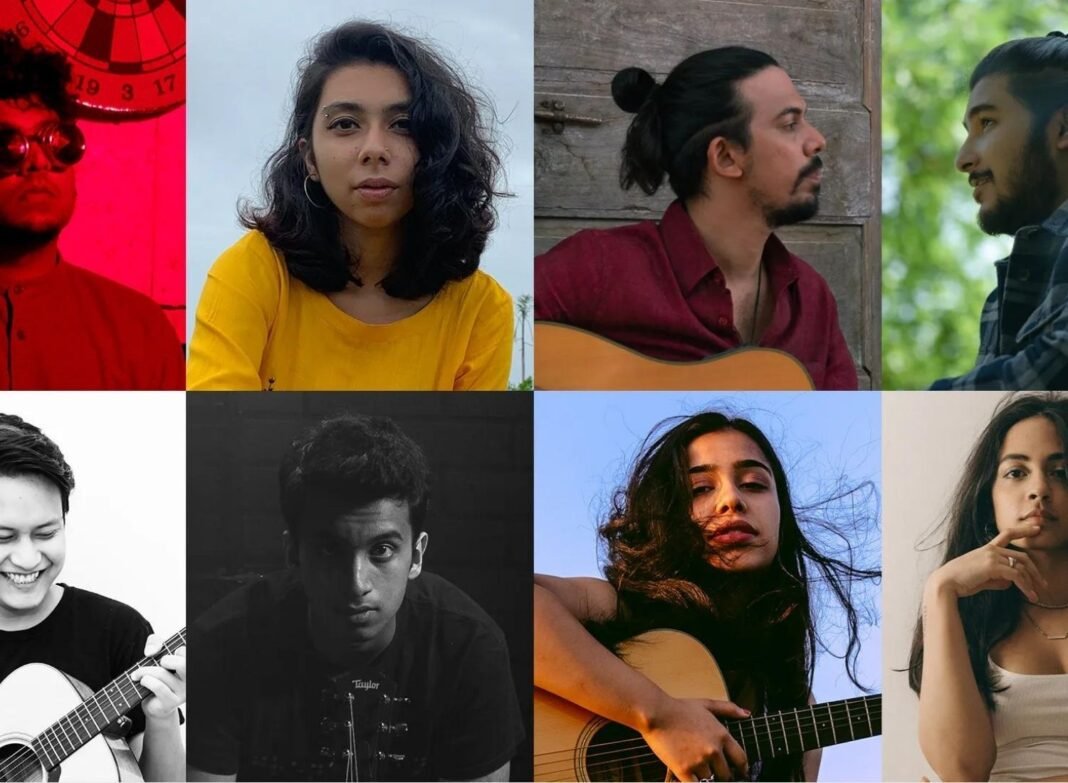 Music is one of the best forms of art. Many well-known, talented singers are ruling the world with their beautiful music, songs, and lyrics. Sometimes, many just as deserving (if not more) remain unknown and apart from your daily and go-to playlist, which is not only unfair to them but to you too, you music-lover.

Indie and folk songs are purely made to touch hearts and here are 20 Indie singers and their songs that deserve to be on your playlist.

Table of Contents show
20 Soulful Indie Singers that should be on your playlist!
1. Under the Same Sun by Ben Howard
2. Tu Bata by Roney Guha
3. Alag Aasmaan by Anuv Jain
4. Falling Slowly by The Swell Season
5. The Cave by Mumford & Sons
6. Mushkil Mein Jeena by Swarathma
7. Ocean- Dream Level by Parekh & Singh
8. Tune Kaha by Prateek Kuhad
9. Wild by Dhruv Visvanath
10. Kya Pata by Osho Jain
11. Bas Yahan by Vaibhav Malhotra
12. Follow You by Second Sight
13. Muskuraegi by Akshan Jain
14. Deathcab by Ditty
15. Dirty Paws by Of Monsters and Man
16. Re: Stacks by Bon Iver
17. Cold Cold Cold by Cage The Elephant
18. Leave by Glen Hansard
19. Creep by Radiohead
20. Aaoge Tum Kabhi – The Local Train

1. Under the Same Sun by Ben Howard

Ben Howard is an English singer, musician, and songwriter. He composes folk and indie songs and they have a deep strength to magically soothe everyone. Get your Sunday playlist complete with Under The Same Sun.

But I learned from you

With you around, dear

With you around, dear

Sometimes many talented artist’s skills get shadowed under famed artists, such as the case with Roney Guha. His voice is the purest thing out there and so are his songs, especially this Tu Bata.

Anuv Jain is mostly expertise in producing Indie Fusion songs that melt hearts. His first song was called Meri Baaton Me Tu in 2012 when he was just in class 12th. His song Alag Aasmaan is simply one of his best.

4. Falling Slowly by The Swell Season

The Swell Season is an Indie and Fold rock duo that started its musical journey in 2006. They created the song Falling Slowly for the 2007 film Once and won Oscar for that.

Take this sinking boat and point it home

Raise your hopeful voice, you have a choice

Mumford & Sons was a famous band consist of four-member. Sorry, One Direction fans Mumford & Sons probably be one of the best bands, though they too broke up. One of their songs, The Cave, has a feel which will light up all your road-trip fun.

‘Cause I have other things to fill my time

You take what is yours and I’ll take mine

Now let me at the truth

Which will refresh my broken mind

Swarathma is a Bangalore-based Indian Folk and fusion band that constitutes to be one of the best heart-warming music breeders. Mushkil Mein Jeena is a true art that needs more listeners.

Parekh and Singh are Kolkata-based singers with charming and moreish voices. Once you hear their songs, you know they were born to sing. Ocean- Dream Level needs a place in your playlist.

All we do is move,

Away from the memories that you wanna lose

Don’t we all love Prateek Kuhad? He is, today, India’s most famous indie artist and no one is complaining. His songs deserve all the love they receive and even more. His song Tune Kaha is mentioned here because of the breathtaking background sounds and his voice.

You must be living under a rock if you haven’t, even once, seen Dhruv’s recommended song on YouTube, with him wearing a fancy hat. From his music to his voice, everything is A-perfect.

As the wild calls

Someone echoes the long loss within

Comfort no longer scares me in

The best part of this Mumbai-based singer and songwriter is that his songs contain an unmilled, unique feel. The proof you ask? Listen to his song Kya Pata which will make you travel through his broken heart.

India consists of many and many beautiful and talented artists, such as Vaibhav Malhotra. His voice naturally builds up of an Indie singer. Bas Yahan is one of his best songs with such caressing lyrics.

No there is no extra-budgeted caste upon the untainted pieces of music of this Mumbai-based Indie singer Second Sight. Follow You might be the perfect song by which you propose your loved one, trust me.

Akshan Jain is a budding singer with such an intense and raw voice. Muskuraegi is his second single and holds quite a requirement on your playlist.

Aditi Veena aka Ditty comes with her exhilarating music from the exhilarating state of India, Goa. Her song Deathcab is such a feel and relatable song for all those who fall in love for the first time.

Maybe I was under the impression

I could always, always ask you questions

I can’t help falling in love with you

I can’t help falling back in love

15. Dirty Paws by Of Monsters and Man

They are an Icelandic indie-folk and rock band that consists of five members that were formed in 2010. Dirty Paws is a motivating and empowering song that will charge you from within.

The bees had declared a war

The sky wasn’t big enough for them all

The birds, they got help from below

From dirty paws and the creatures of snow

Bon Iver is an American-based indie folk band that was formed in 2006. They have made one of the most gratifying songs, including Re: Stacks.

Another great American-based band was formed in 2006. Their song Cold Cold Cold will make you groove and make your heart soothe down.

And as the darkness falls it fills up both my eyes

My life before me was like a flash in the night

With my arms open wide

Glen Hansard is one half of the band The Swell Season. His song Leave is a heart song for all broken hearts.

And the truth has a habit

Of falling outta your mouth

If you don’t mind

If you are in a mood for some 80’s charm and music, go hear Creep from the band Radiohead that started as early as 1985.

But I’m a creep

What the hell am I doin’ here?

The local Train is a Hindi rock band that all Delhiites are crazy about. They make unique and sassy song numbers that no one can end up not loving. Aaoge Tum Kabhi is one of their best.

Give an indie artist a fair chance because more than them, you deserve the pieces of heaven they create. Just do it!

10 Life Lessons From Chess: Surprising Strategies That Chess Will Teach You

23 Weird Laws From Around The World!