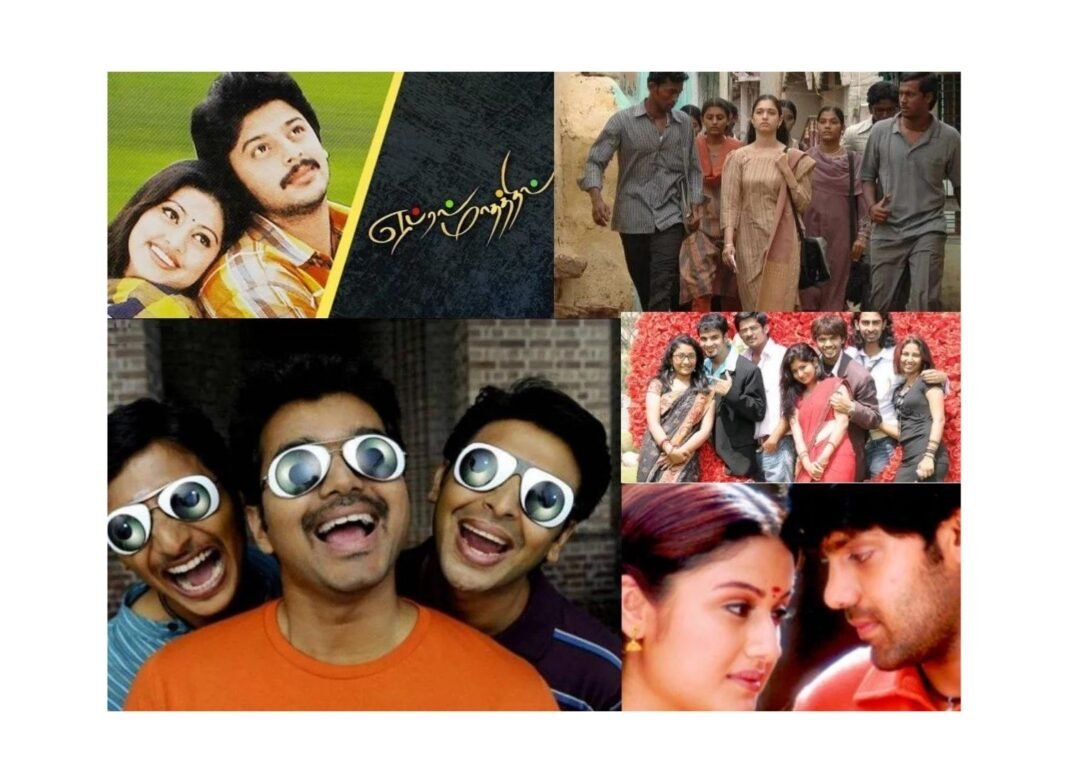 The fame of regional films nowadays is reaching peaks. It is no exaggeration that Bollywood is in an Era of remakes, especially from the gifted South Industries.

With the recent hit Kabir Singh, a remake of a South film called Arjun Reddy, people started to give due credit to these prospective productions of lesser-known industries (at least compared to Bollywood). But ‘remakes’ are not new to Bollywood , neither it is declining in any way with many new remakes on their way.

Many well-known films have made their mark not only on the box office but also on the cores of the audience, and yet the fans don’t even discern that it was a remake of another fascinating film. The credits should also be showered upon the original creations.

Here are 25 Bollywood Movies That Are Remakes Of South Indian Movies.

Whatever be the history of remakes, we love Babu Rao so much.

One of the most prosperous films of Ajay Devgn’s acting career is Singham. But not enough people know that this is a remake of a Tamil film named Singam starring the very popular Suriya. By the way, Singam (or Singham) stands for Lion.

Mr. & Mrs Khiladi is a fun Bollywood rom-com starring Akshay Kumar (obviously, there is no other Khiladi) and the very capable Juhi Chawla. The movie was released in 1997, which is a Hindi remake of the 1992 Telugu film named Aa Okkati Adakku.

The movie that introduced the world with ‘Kauaa Biryani’ (Translation- Crow’s Biryani), was quite a hysterical and absorbing film of 2004. This fun film is based on the 2002 Tamil movie which goes by the same name.

Priyadarshan is, without any doubt, the most talented director of Bollywood in the genre of comedy. His 2004 film Hulchul is another rememberable comedy film, which is based on a 1991 Malayalam film titled Godfather.

The critically acclaimed film which did not score a similar rate of finance as the praises it accommodated, is a remake of a 1999 Tamil film called Mudhalvan. Both the film is directed by S. Shankar.

India’s one of the very proud drama-thrillers is Drishyam, which is spectacular in every way. It is an original remake of a Malayalam film that stands by the same name. Both the films are extraordinary and superhit.

The film was released in 2009 based on the premise of a man suffering from amnesia and is on a stroll of revenging the murders of his love. It was quite a blockbuster. The movie was directed by AR Murugadoss and it is a remake of the 2005 film of AR Murugadoss’s Ghajini.

The not-so-hit comedy thriller film starring Ajay Devgn was a not-so-good remake of a Telugu film called Maryada Ramanna which was directed by S.S. Rajamouli.

Jr NTR’s film called Temper was quite loved by his fans, and it even made a mark on the box office. The action-drama film was officially remade in 2018 in Hindi by the name Simmba starring Ranvir Singh and Sara Ali Khan.

The original Telugu action-comedy movie named Kick was released in 2009 and was a massive hit. It was later remade in many other languages including Hindi.

Mai Tera Hero was a fun romantic comedy released in 2017 starring Varun Dhawan, Ileana D’Cruz, and Nargis Fakhri. It was an official remake of a 2011 Telugu film named Kandireega. You will find that there is a scene-to-scene and dialogue-to-dialogue ‘inspiration’ while comparing both the film.

The famous Ravi Teja’s 2006 film called Vikramarkudu was promptly remade in Hindi in 2012 starring Akshay Kumar. Both the films made a good earning on the box-office.

Numerous Salman Khan’s films have been either essentially based on or loosely roused from South hits, the 2009 film Wanted is another example of it, which is stated to be a revival film of his career. This movie was a remake of a Telugu film called Pokiri that was released in 2006.

As already mentioned, many of Salman Khan’s hits and megahits have been a remade of South movies, such is the case of the 2011 film Ready, which is based on a 2008 Telugu film that goes by the same name.

Akshay Kumar starring film Holiday is somewhat not a remake but can be categorised with the remakes. The writer and director of the film, A. R. Murugadoss, already approached Akshay for the film but wanted a south version of it first. Hence, the 2012 Tamil film called Thuppakki came first and then Holiday.

Husband’s having ‘wife malady’ was a cliched ‘comedy’ in the early 2000s, and one of the wakes of this thesis was the 2005 film called No Entry, which is a remake of a 2002 Tamil film called Charlie Chaplin.

Another Priyadarshan’s jocular film called De Dana Dan was released in 2009 and became an instant hit. It was a complete remake of another blockbuster Malayalam movie called Vettam. Priyadarshan directed this Malayalam film as well.

Anjaana Anjaani is a beautiful film, indeed, about two strangers that are done with life and wants to end it, until they meet each other. This film is loosely based on a Telugu film called It Sravani Subramanyam.

The 2007 megahit comedy film was based on a 1993 classic cult Malayalam film called Manichitrathazhu. Bhool Bhulaiyaa was a well-made film that winsomely captured the genre of Horror-comedy.

Released in 2010, Housefull was an immediate hit. It was amusing and made every audience chuckle. The film, though, was a pure-fledged remake of a 1998 Tamil film called Kaathala Kaathala.

The 2004 Shah Rukh Khan starrer is a remake of Chigurida Kanasu which was a hit Kannada film released in 2003. Both the films were heart-touching and a good hit.

The superhit comedy of 2001 based on the concept of ‘household-clashes’, the ‘money struggles’ of a middle-class family and the obvious patriarchal pull of society, was an insane hit. It was an official remake of another superhit Tamil film called Viralukketha Veekkam.

The remake of the 1988 Malayalam film called Vellanakalude Nadu, Khatta Meetha was another triumphant attempt of Priyadarshan. We all laughed, didn’t we?

Top 11 Cracked Celebrities Who Lost The Respect Of Their Fans!