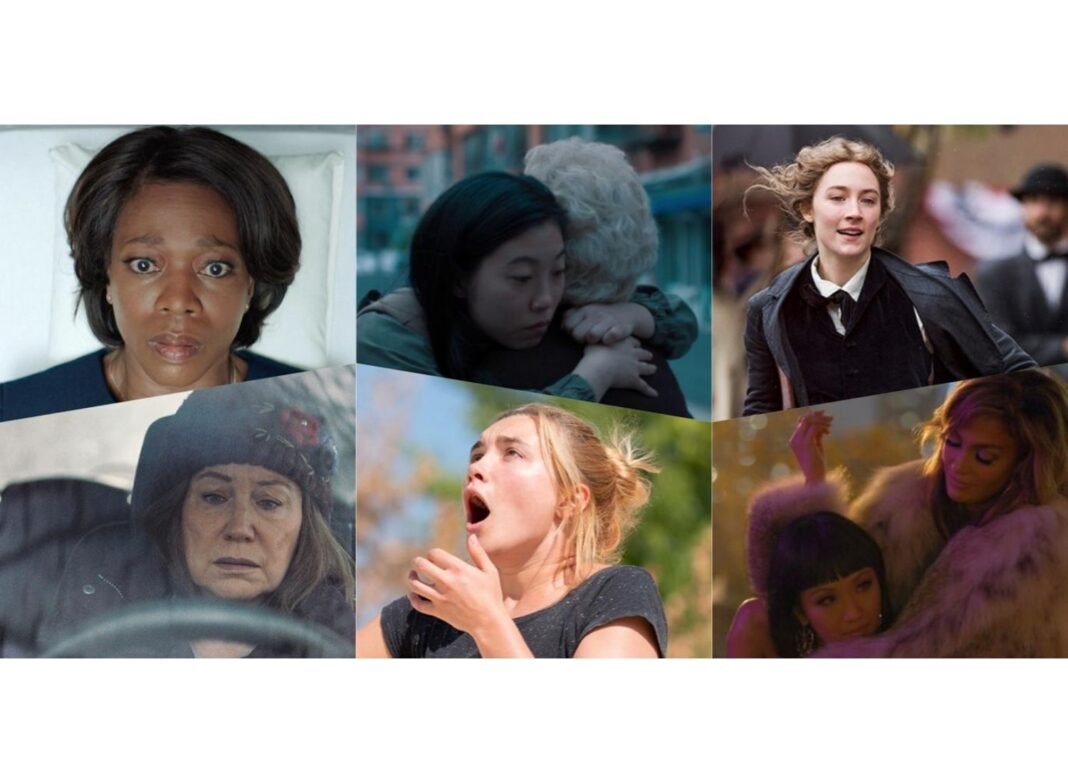 It’s the new decade! It has been a long fight for womenkind and they still have a long way ahead to walk upon before enjoying equal rights and full freedom to be anything they want to be.

It was in the late 19th century and early 20th century when the first wave of feminism roared. For years after years, millions of women fought for being accepted just the way they were. They fought for voting rights, being able to work outside of their households, acquire equal wages, stand equally in front of the law, be politically represented, and many more.

The movie industry has a definite role to play in taking a stand for women’s representation and has been their voice. To celebrate their strifes and women in general, many fantastic movies are produced that one should watch.

Here is the list of 25 Powerful Women Empowerment Movies to Watch!

The film is based on the wrongs faced by Indian female-sportswomen (in the movie, hockey players) to find a respectable representation in this country and the society. The story has a lot to give to the audience in terms of the mindset of this country. The film is an absolute glory to watch and will for sure manage to make you well up.

Hysterically empowering 2014 film starring Kangana Ranaut, was an iconic movie. It captures the journey of a woman who went on her honeymoon alone, sad right? But the movie is not. Everything in the film, from the heartbreak to the journey of Kangana’s character finding solace, is too beautiful to not watch.

This movie was a jewel in every sense. It not just empowered women, but also empowered a feminine woman who is often picturized as ‘lame’ and ‘not intelligent in the movie industry.

Okay now, the boss of all, this film is generously one of the classic feminist films that deserves too much love. This excellent comedy manages to portray a beautiful stand on a working woman and her career challenges (and many more things). Also, we all love Sandra.

When superheroes’ were the only thing, entered our WonderWoman, the hope of millions of females to gain adequate recognition in the field of physical strength.

It patterns the journey of a woman, who is suffering from a traumatic time in her life. It is deeply soothing and a very motivating movie to the millions.

Even today, women are deeply subjected to discrimination and sexually labelled, especially young girls. Moxie takes an exciting turn and ends up with a great, bold statement.

One of the best-animated movies to capture a life of a woman, as a personal struggle. It is not any other ‘princess movie’ where the girl life has only one purpose, the arrival of the man.

Based on the Boxing star, Mary Kom, it beautifully underlines her struggle to success, as a woman and as a mother. A true feminist film on a true feminist role model, indeed.

Again a true story of four wrestling legends of today (though the film primarily focused on the two elder sisters, Geeta and Babita). It also glimpses a father’s support, which is so vital, in his daughters’ journey.

11. Lipstick Under My burkha

Bollywood’s artistic gem, which unapologetically explores a woman’s sexuality. It is a ‘shushed’ topic in a country like India, and this movie is a revolution against the act of silencing female’s sexual needs.

Indeed the best women empowering film on this list. Little women are an ageless marvel of four sisters and their journeys.

The movie proudly puts a grave spotlight upon the culture of calling a woman ‘slut’ or a ‘hoe’ if she has sexual partners and decides to take charge of her own body. Easy A deserves a shoutout on this list.

The bijou mentality of the world tries to shut women away from sports because women aren’t strong enough. Well, this movie is something to watch if you have this bizarre perception. It is fun and contains an even cuter love story.

Not drives as any other conventional feminist film, the secret life of bees, is mystically pleasant to watch.

Highlighting more of a teenager, ladybird, is one of the best new-age films that everyone must watch. The life of a teenage girl is immensely painful and confusing, but with time, the best comes out.

This famous film loudly tells the world that a woman is as capable as a man to fight the wild (understand the symbolism) and survive.

It accentuates the struggle of a girl regarding her weight and her journey to self-acceptance. In this social media age, body shaming is quite prevalent, especially for a girl, and hence this movie was a must to be made.

You knew this movie would be on this list, didn’t you? Obviously. The four queens made us realize the true importance of choosing to be our boss via their life struggles and achievements. Also, girls can be good friends and thank you for the team of Sex and The City to make the world understand that.

Domestic violence is an active crime in the world, and even more endemic in an Indian household. This movie takes a stand against being physically (verbally to abuse that woman faces and the strict action that should be catered against such act.

With aesthetically portraying a typical Indian mother, with not-so-fluent English, English Vinglish, will always be one of the best well-crafted films of Bollywood.

While the first film revolves around the world of child trafficking, the second one takes a stand upon catching a serial rapist. Though both the films magnificently enunciate the world of crime and the urgent riddance we need, the woman empowering part is Rani Mukherjee’s role and how the females go through millions of atrocities every day, somewhere around the world.

Based on the true story of a brave air-hostess Neerja Bhanot, who fearlessly sacrificed her life for her fellow passengers, when her onboard aeroplane was hijacked. This movie is filled with iconic scenes that blast the chest of every woman.

While even today, the concept of consent is very vague, Pink manages to speak aloud to make everyone understand that ‘NO MEANS NO’.

Well, if you didn’t know that females could fight just as staunchly as men (if not better), go watch this film.

It is still a long, long fight for women to be looked at as dignified and live in a safe environment where no one lusts over their shapes. Let’s give out our best n making this world a bit better place for everyone.

7 Amazing Cafes You Must Visit In Rishikesh

18 Famous Movies which are based on Books