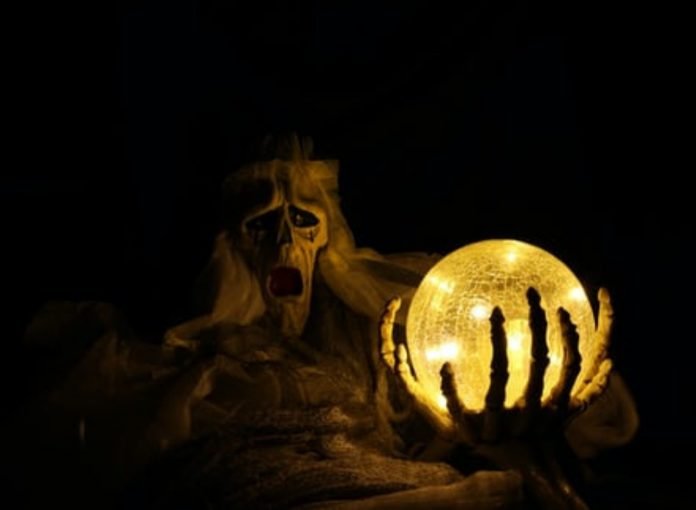 It is pretty popular among the teens and young adults, the histories of Bloody Mary legends. So, you know, if you chant the word “Bloody Mary” thrice in front of a mirror, something wrong would happen. So, here’s a disclaimer— if you want to perform this, it will be at your own risk that you will responsibly do this stuff. However, it is highly recommended you refrain from practicing such stuff. For those who are unaware of the histories of Bloody Mary, there are the popular stories that linger around the sphere.

So, let’s jump into the facts about the histories of Bloody Mary and dive deep down to the past.

Table of Contents show
1 Was She Real?
2 Bathed In Blood
3 Witch Of Salem
4 Vanity Killing
5 Future Husband
6 Cause Of Death
7 Leave your vote

Yes, apart from all the legends and stories, she used to exist for real. Interestingly, she belonged to the Royal family of England! Behind the spine-chilling mysteries, there exist the ironic histories of Bloody Mary legends. There is a separate chapter of the then queen of England, Mary Tudor. With many ups and downs in her life, she became a part of folklore. From there, the tales began to curate on the Bloody Mary Origin.

It is said that after her coronation, she attempted to restore the Roman Catholics, which resulted in her earning the name “Bloody Mary.” Later it was converted into a horrific game, which the teens still love to practice. Chanting the name along with teasing her about stealing and killing her baby might result in meeting your ultimate fate!

Diverting from the popular myth of Mary Tudor, who is considered Bloody Mary, we have another set of histories of Bloody Mary, which is far different and disturbing than that Of England. This tale is nestled in Slovakia. According to the Guinness Book Of World Record, she is considered the most prolific female serial killer that ever existed. The folklore believes that she used to bathe in the blood of young girls appointed as servants in Csejte Castle.

After the death of her husband Nádasdy, her tyranny of kidnapping the girls and torturing them with several types of equipment till the end started dramatically spreading across the empire. As per the witnesses’ claim, there had been evidence of her cannibalism and summoning incubus for sexual affairs. This grew further, claiming her as a vampire who would take a bath in the blood of young girls to maintain her youth and beauty. These histories of Bloody Marry legends later sum up to potentially call her the “Blood Countess” and further evokes as the haunted lady of the Bloody Mary game who would appear in the mirror.

The histories of Bloody Mary did not just restrict itself to the two popular tales. To add up to the list, there is another story lingering around the tragic death of Mary Worth, who was assumed to be a witch. Although no evidence was found against her in terms of witchcraft practices, she was accused of being a witch and hanged until death.

It has been pulled out by the people around about how her evil soul later incarnated to haunt the people with her presence. While alive, she would take part in dark arts and abduct young girls to preserve her youth. This story has a similar beginning. However, to end this up, she has been killed mercilessly. Some claim she had been burned alive, while others believe that she had been buried on her farmland, which is now cursed.

Adding up to the list of the histories of Bloody Mary, Mary Worthington can be named. She was the one who killed herself out of vanity and stored her soul absorbed into the mirror. The reason for her suicide was her deformed face that resulted because of a terrible accident. Unable to bear the disfigured face, she killed herself.

Later, she has been called responsible for residing in the mirrors, haunting people at their pyjama party-nights, when she is summoned.

Before the histories of Bloody Mary legend could invade, during the 1700s, young maids used the mirror to seek the face of their future husbands! It was popularly practiced on the night of Halloween, where the lady would hold a candle, and within no time, mysteriously, her husband figure would appear.

It was widely believed that the mirror was a gateway to the world of supernatural beings. Therefore, on asking, they would surface the image of the future partner of the lady. Although it is not sure if it was a part of witchcraft or any evil practices, it still lingers before the history of Bloody Mary came into existence.

The game of Bloody Mary has put up many stories about how Mary would appear in the mirror in the dark on being summoned. She will either try to kill the person or scoop out the eyeballs. Some even piled up stories about how she will appear all soaked in blood, and some even add that she carries a baby in her arms.

Apparently, no such evidence of death because of the history of Bloody Mary has surfaced until now. Not to go with the fact that there is already a fictional series claiming how Bloody Mary is on the rampage of killing people around. However, according to paranormal science, it is not evident for any spiritual entity to murder people. However, noticeable events occurred about how spirits can cause minor physical injuries.

10 Reasons Why We Need A Digital Detox

Kanika Narang - July 11, 2021 0
The times we live in where everything we do right from waking up till we sleep revolves around tech devices. From talking to our...

Swati Chandra - July 10, 2021 0
You cannot achieve anything in life without having a proper routine and a fixed schedule for yourself. Be it a successful businessman, or an...

Sakshi Pathak - July 10, 2021 0
Growing up watching films gets stuck in our minds as if it is the first memory we really own. They are always special and...

Kanika Narang - July 3, 2021 0
Whether it's lack of vitamins, overload of stress or simply just dehydration or cold weather.... it can impact our skin in more than one...

Tamanna Kavdia - July 3, 2021 0
India has a variety of beautiful travel destinations which are budget friendly. Let’s take a look at the top 8 places which are cost...
0

10 Reasons Why We Need A Digital Detox