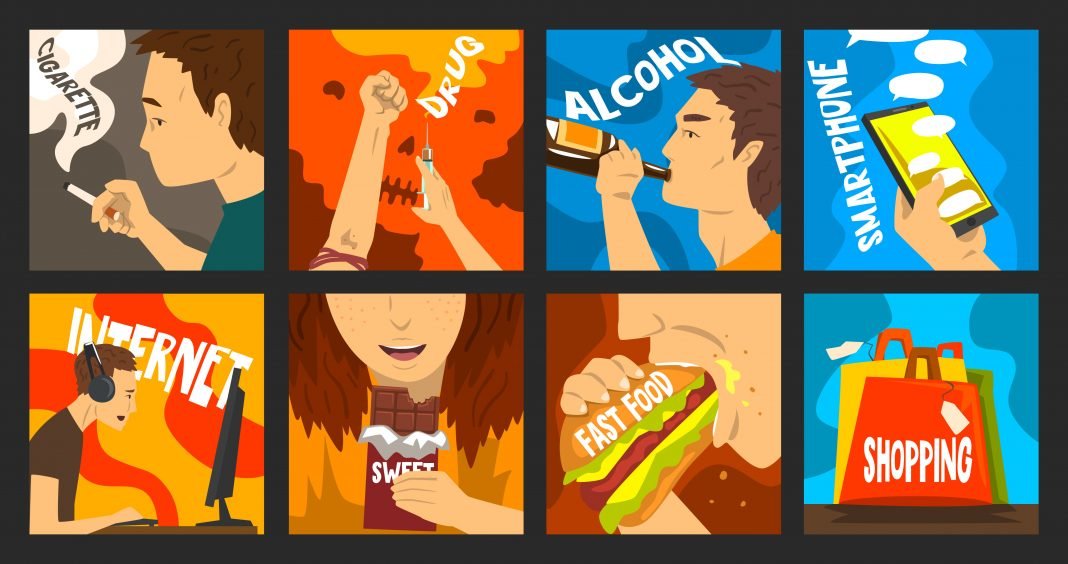 We all have certain habits that we figure we would be better people without. It could be something as small as shaking your leg while sitting and as big as substance abuse. However, losing a bad habit is not a very easy feat and it depends on the way the habit has become a part of our routine that would dictate the ability to shake it out of our routine. So, here are 6 simple steps that would help you to break a bad habit.

Step 1: Accept that there is a problem

Let’s face it, a problem cannot be addressed unless we accept that there is one. A person who has the habit to use profanity cannot go about changing his language unless he accepts that he does use profanity. A binge eater will not stop unless he accepts that the big gut that he has is caused by his binge eating! The road to recovery starts with accepting the existence of the problem.

The second step to recovering from your bad habit is to find what actually causes it. Maybe, the use of profanity is caused due to your friend Derek being a little punk and using words that offend you, or the binge eating is caused due to you being a big-time couch potato, not moving enough and being so bored that your brain requires you to do something indulging, like eating!

Step 3: Deal with the triggers

It’s time to now deal with the root causes of these bad habits being repeated by us. It’s time to punch Derek in the face instead of letting him dictate your mind and letting you abuse in front of random people for no apparent reason. It’s time to move your stationary behind to not get so bored that you indulge in binge eating.

Now that you’re not indulging in your vices, it’s certain that the chunk of time or the associated behaviour to your vices must seem very daunting. Now is the time to pick up something new of choice and interest to replace your bad habit. The latter part of this guide would give you some examples of such activities.

Step 5: Gauge your progress and reward yourself

You’re quitting your bad habit, right? You’re a big-time badass! Now is the time to see how far you’ve come in breaking your undesired behaviour and treat yourself. Those pleasure centres of the brain aren’t going to activate themselves, you know? Go buy yourself that pretty dress you’ve always wanted but have had no money to buy because you spent it all eating (and also because you didn’t think it would fit or look as nice earlier).

To err is human. Not every recovery goes as smooth as this guide reads. There is a possibility of setbacks. But these setbacks aren’t supposed to be stop signs. They are supposed to let you know that it’s time to get back on the horse and be more focussed and determined to get through this phase. Sure, it would take time, but it’s going to be worth it. Don’t give up! We believe in you!

Now that we’ve talked about how to break your bad habit, let’s look at 6 things that you could do and develop into healthy habits to replace the vice that you’ve endeavored on overcoming. Please note that they are in no specific order, which means no habit is better than the other.

Remember the time Ms. Gretchen was always standing at our heads to have us come prepared with the reading designated for the class and we being the hotshots, never did that? Turns out, she was right. Reading is one of the best habits to pick up. It improves our creativity, focus and attention spans. Plus, we get to sound like smartasses in front of our social groups.

It is immensely gratifying to help other people. It is proven that volunteering has positive impacts on our self-confidence, happiness and provides us with a sense of purpose. It also helps in countering the impacts of anxiety, stress and anger. In chronic cases, volunteering has also helped in fighting depression.

Exercising helps our brain to secrete all sorts of feel-good hormones like dopamine and serotonin, which have direct and long-lasting impacts on our happiness and confidence levels. An additional benefit is you not looking like a slob and appearing more attractive and making it easier for you to move around and engaging in your everyday tasks.

It’s almost weird, but researches show that people who have flowers in or around their offices, homes, yards or work desks tend to be happier that those who don’t. Also, gardening invokes in us a sense of responsibility, because of, you know, the plant whose existence depends on how much attention it gets from you.

Habit 5: Planning your day in advance

How cool would it be to know what would the overview of your day looks like every day? Do you know that it can be done? Yes, genius! Planning our day gives us a sense of certainty and this certainty translates to less distractions, including being distracted towards the triggers that we talked about a few moments earlier.

Meditation does not mean sitting for hours on end doing nothing, with our eyes closed like a yogi! Research has shown that practicing mindfulness for as little as three minutes a day boosts creativity, improves decision making ability and makes being happy easier. Just sitting in silence and observing the thoughts that we are having at any moment is a great start.

10 Life Lessons From Chess: Surprising Strategies That Chess Will Teach You