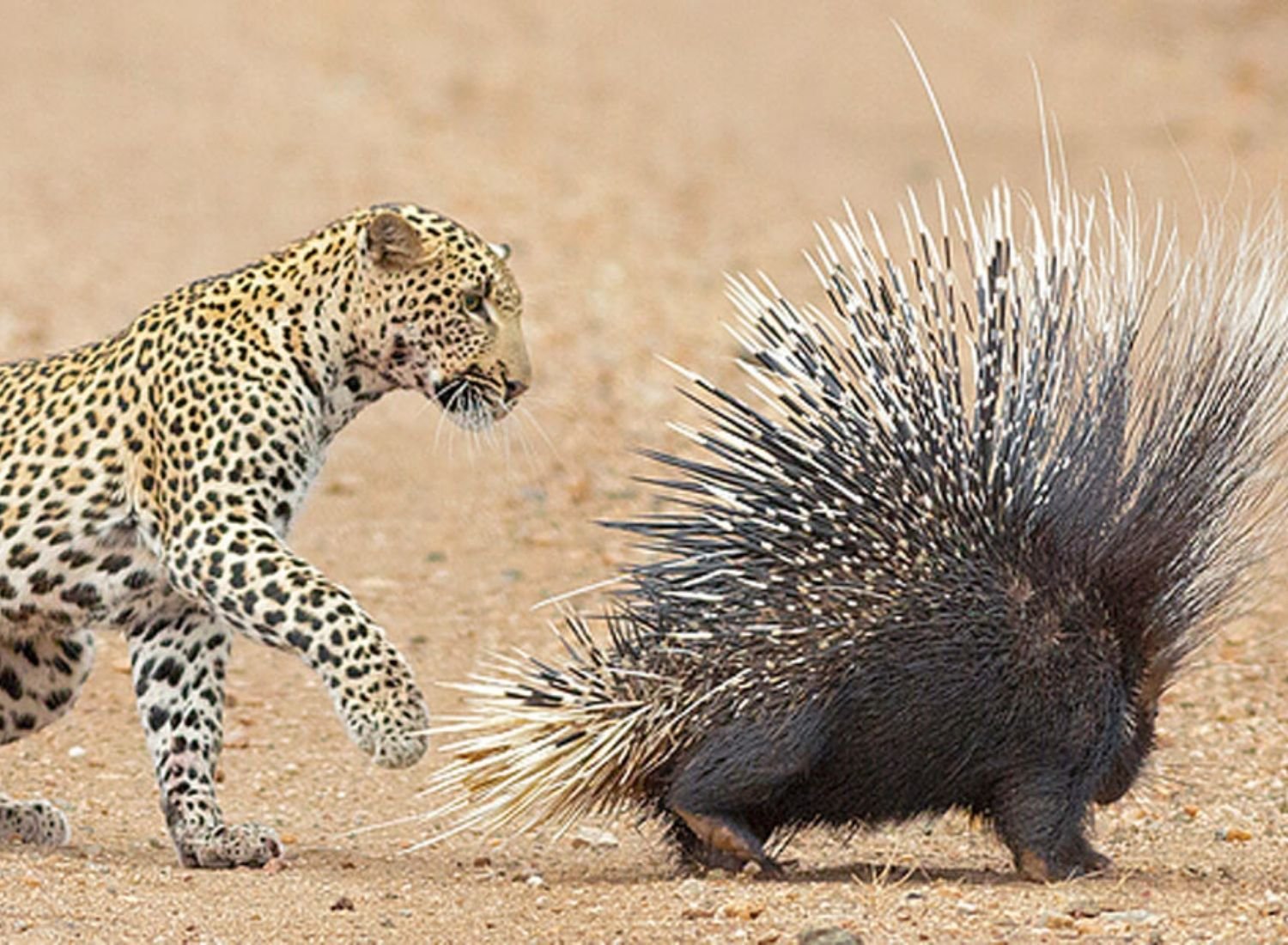 We, humans, have invented several weapons to protect us in case of any kind of danger. Staring with a knife to atomic bombs, there are weapons in different shapes and sizes. Along with limbs and teeth, we have the support of weapons to protect. But, what about animals, birds, and plants? They can neither invent nor use weapons like us. Was God in favor of humans while creating them and not in favor of other creatures? Well, the answer is definitely, No! Every creature, either big or small, has its own anti-predatory methods to protect during an attack from a predator or any other case of danger.

Not to forget, they are good at it too. The elephant has a trunk, teeth, and string limbs to protect it. Lion has sharp claws and teeth. The same goes for mammals with claws and teeth. The snake has poison in its teeth instead of limbs. Birds have beaks. Crocodiles have a mouth big enough to swallow things. Not only these, but there are also various other creatures that have their own predatory methods and tricks to protect them in case of dangers like predator attacks. Let us learn about a few of them.

Few animals change their color and blend with their surroundings so as to stay away from predators. This method comes under camouflage. Camouflage is a kind of technique used by various animals to fool their predator. It involves changing color, shape, and behavior. Snowshoe Hare and Ptarmigan use this chameleon-like method i.e. changing colors. During winter, they change their color to white in order to fool the predator by blending with the snow. In the spring, they change their color to brown to play their trick again. This method helps them to stay alive until spring.

There exist few predators who do not like to feed on dead prey. This is taken as an advantage by a few animals who try pretending to be dead. Few predators do not touch that prey which is dead due to fear of sickness. This is an advantage for the prey. Some of them even smell like dead whenever approached by a predator. Animals that use this method are opossums, hognose snake, and eider ducks. Hognose snake uses this method as the last option. It has other methods in its bag to use. This method can also be used by humans, but only in the case of bears.

It is also known as Thayer’s law. This method also comes under camouflage. This method suits those animals whose color is darker on the upper side and lighter on the underside of the body. This method involves hiding the animal’s three-dimensional form. So, that when seen from distance, the lighter and darker color gets mixed and makes it difficult to differentiate the outline form of the animal from the surrounding. Penguins use this method underwater to hide them from prey and the predator. Other animals that use this method are white-tailed deer, mice, sharks, and Canada goose.

This method is one of the greatest defense mechanisms. As the name suggests, the animal rubs itself and its teeth in a poisonous substance. The poison is secreted from the glands underarms. This method is used by the slow loris. The size of the animal makes it vulnerable to predators. So, it uses this poison method to protect itself from dangers. The toxin is activated once it comes in contact with the saliva. The loris uses its strong wrists as well to climb from branch to branch quickly when it senses danger. The poison in its teeth can even cause anaphylactic shock in some predators.

This method also comes under the greatest anti-predatory methods. It is the method used by the hornet lizards present in the North American desert. Whenever predators approach them, they shoot blood from their ocular sinuses. Sinuses are the tissues found below their eye. Blood oozes out of their eye sockets too. This scares the predator.

This mechanism is also used to remove foreign particles from the surface of the eye. There are constricting muscles present along the major veins around the eye. When these muscles contract, the blood flow to the heart is cut down. But, the blood continues to flow in the head. Ocular sinuses are filled with blood. On the further contraction of the muscles, the pressure increases which makes the sinuses rupture. Thus, blood is shot to scare the predators.

Few animals use sound to drive away their predators and warn others. White-tailed deer gives a low sneezing-type whistle to warn the herd when it senses danger. Skunk, the animal is known for its awful smell, warns the predator before emitting the smell. It thumps the ground with the foot and raises the body hair when it feels threatened. If the predator didn’t budge, then it releases its smell.

Whenever a beaver is threatened with danger, it slaps its tail on the water thus, creating a loud cracking sound. This warns the other beavers. Rattlesnake rattles the tip of its tail when a predator tries to attack. Prairie dog gives a short nasal yap by throwing its head back in order to warn others in case of danger.

This method involves imitating dangerous animals or pretending to be hurt or dead. Animals have special body parts that might look dangerous. Insects mainly use mimicry to fool predators. Black and orange pattern present on the wing of the Viceroy butterfly makes it look like Monarch Butterfly. The Monarch Butterfly is an insect that is rejected by many birds due to its bad taste. Killdeer pretend to be hurt so as to draw the attention of the predator away from the nest. It makes the predator follow it far away from the nest and then fly away. Cobra, pufferfish, and monitor lizards use this method to fool predators.

If the prey is smart, then so are predators too. These anti-predatory methods have counter methods too which are used by predators. The game between prey and predator is millions of years old. Every creature in this world tries its best to survive in the game. This game of survival never ends. All we have to do is wait and observe which creature survives in the long run.