8 Amazing Indie Artists You Must Listen To 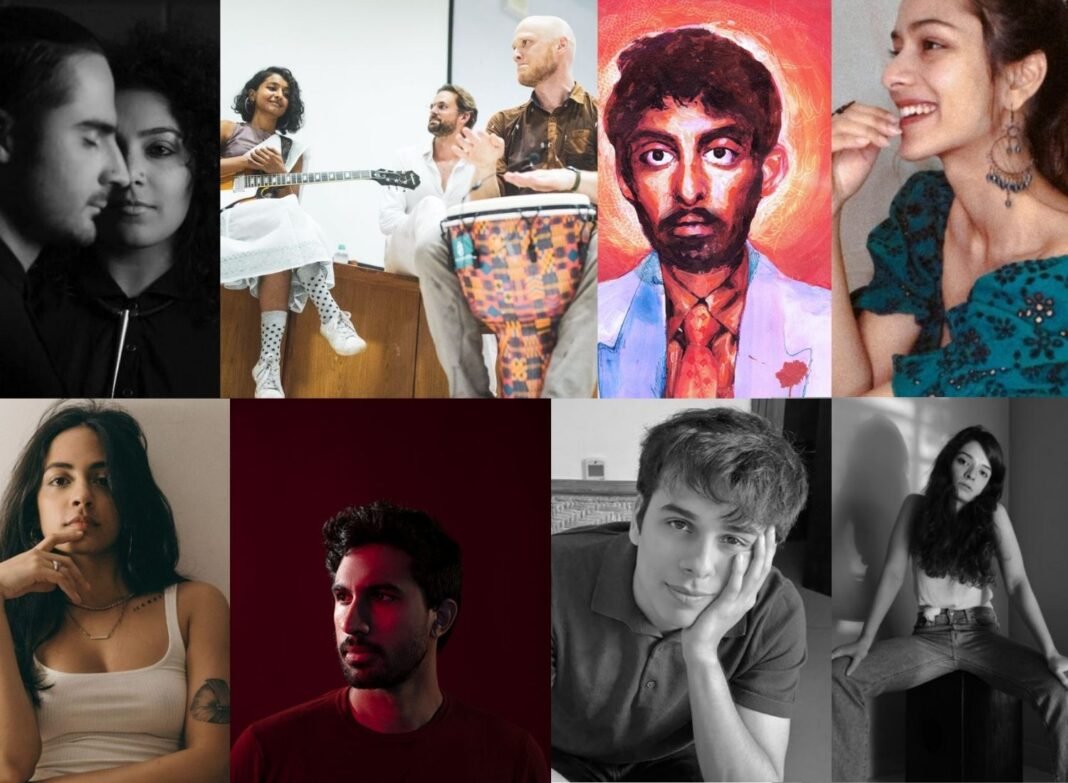 Music means different things to different people. For me, though, it’s always been that accessory I carry with me everywhere. Whether it’s driving, riding a bike, exercising, or sinking in heavy feelings…. music works like therapy.

Recently I’ve discovered some amazing indie artists who are bringing magic into the music scene in India. If you don’t listen to them already, you really should!

Hari Sukhmani is this duo that brings a fresh touch to Punjab’s much-loved folk music. The music truly touches the hearts, and it’s pure & refreshing. Hari & Sukhmani aim to make music that speaks to the soul and resonates with generations to come.

The guy behind OAFF, Kabeer Kathpalia, makes some lovely electronic pop music. The music created by this Mumbai based genius hits you in all the right places. The ambient-electronic artist is making our hearts ache for more of his tunes. His latest track, ‘Perpetuate’, won an award for Best Music Video….and well, it’s one trippy video.

Faraway Friends is a collective that was created by 3 indie artists from 3 different countries. A trip across India united them to share relevant stories while creating a positive feedback loop for social projects. The co-founders Ditty, David & Keno aim to empower people by giving them a voice and presence in the art scene. And they do this beautifully with their music.

Their latest track, ‘Rain Is Coming’ came to life from their samples recorded on the trip. Proceeds from the album go back to Water Conservation projects in India & Africa.

Lifafa is the solo project of Suryakant Sawhney, who is also a part of Peter Cat Recording Co. He brings some old disco tunes with a folksy acoustic vibe to it. Although Lifafa isn’t a newbie in the music scene, I only discovered his music last year…and I got to say, it really grew on me.

I literally spent nights listening to ‘Nikamma’ on loop. Even now, on any given day, Lifafa’s tunes just make everything so much better!

The Mumbai based indie artist Ambika Nayak who is widely known as Kayan. A is some kind of magic. The singer-songwriter is a part of a band ‘Kimochi Youkai’ where they make groovy music. She is also one half of an electronic duo called ‘Nothing Anonymous’. But that’s not it; she recently released a solo called ‘Cool Kids’, which has really hit those music charts.

Tanmaya Bhatnagar, a singer-songwriter based out of New Delhi, who makes some beautiful music. Her songs are simple and based on her life experiences. Her sweet melodic voice and the tunes from her ukulele will surely make you skip a beat!

Mali is another indie artist who is, and I could totally say, killing us softly with her music. Her voice does a kind of magic, and her everyday life experiences inspire her songs. The Chennai born- Mumbai based artist has found a way to express herself through her songs. If you haven’t heard her music already, you totally must.

Anuv Jain was born in Ludhiana who started a Youtube Channel in class 11th to put out his music for the world. He has come a long way since then. His music is brilliant, and the lyrics truly send a shiver down your spine. His music resonates on a deep emotional level, and that is so so beautiful!

Writing this article, I realized how grateful I am to everyone who creates music and heals us in more than one way. It’s hard to imagine what life would be like without music. It’s also really important to thank these indie artists for bringing their art to us…for everything it makes us feel. And like someone once said, ‘Music is the strangest form of magic’…well, I couldn’t agree more!

11 Most Powerful Psychological Tricks In Sales

8 Effective Steps to Turn A Hobby Into A Business!