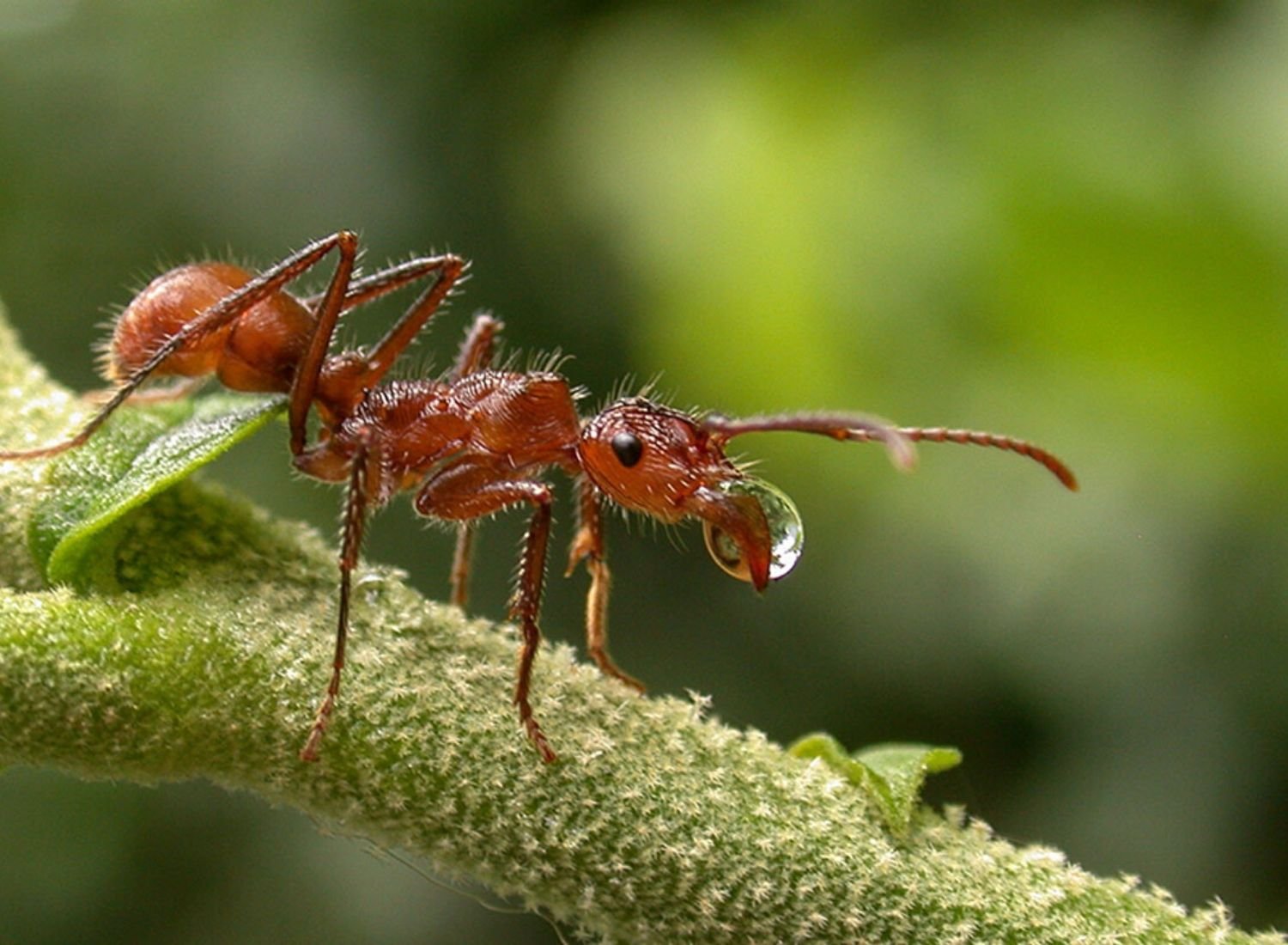 How often do we take time to look at the ground and pay close attention to all the critters that walk the earth with us? Perhaps in the city, our insects are mundane enough that we can tread without further inspection but there are some places in the world where the matter of life-and-death lies in the hands of creatures more than half our size! Here are nine dangerous ants you definitely would not want to encounter close-up:

Deep in the open and warm terrain of Australia is the meat ant, a medium-to-large nest-builder that thrives in nearly 4,000 kilometres of the open landscape. This hard-worker builds its reputation quite remarkably; known to be among some of the most aggressive ant species in Australia, the meat ant forages its food with successful domination and coordination with other colony members. The colony works together to feed on the cicada, dead insects, honey dew formed on eucalyptus trees, and other vegetation from soil and water.

However, as the name suggests, the meat ant is most notorious for eating animals – dead or alive – like toads, snakes, lizards, and birds. It is perhaps most famous for its innate resistance to the cane toad’s toxins. Colonies as few as 3-4 meat ants have been known in the past to be able to strike down a single cane toad with ease. While they might not be particularly dangerous to human beings, it’s always good to keep an eye out for these red-and-dark-blue colored critters, if you’re ever in Australia!

Incredibly strong and capable of lifting even ten times its own body weight, the flesh-eating ant is definitely one of the strongest ants in the world. Spread out across most Southern States of America, the fire ant gains its notoriety from its deadly venom. The venom, made of toxic alkaloids, is capable of a sharp sting that feels much like a burn from a fire – hence the name. This ability often helps immobilize other species, ranging from dragonflies too, alarmingly, human beings.

Flesh-eating fire ants are also proficient tunnelers and most colonies build their nests in the ground. A female ant – the Queen – can produce nearly thousands of ants every hour, making them available in quite the abundance all over America.

Underestimating an electric ant would be a deadly mistake – quite literally. Though these ants are small, they contain a immensely powerful and painful sting. In human beings, an electric ant sting produces inch-long welts so deep that most farmers in South and Central America (where they are found) avoid their habitats.

Animals, however, aren’t so lucky. When an electric ant bites animals like cats and dogs in the eyes, the beloved pets have been known to succumb to blindness. Most affected by the electric ant sting are the tortoises in the Galapagos island. Yearly, the electric ants decimate a large number of tortoise populations through their harsh stings.

An invasive species in Southeast Asia, the yellow crazy ant derives its name from its unpredictable and unstable body movements. It is one of the largest invasive species in the world, covering a span from Hawaii to Seychelles in the Indian Ocean. These ants feed on honeydew, scale insects, dead vertebrates, etc. However, they have caused much trouble to many ecosystems by decimating crab populations, nearly 15-20 million crabs, harshly in various islands. The ants themselves look odd, with their long legs and pale yellow eyes protruding from their heads.

The most dangerous ants in the world are the bulldog ants. Easy distinguishable by its elongated mandible and protruding eyes, these ants have excellent vision, allowing them to hunt prey with ease. A bulldog ant is quite the danger to human beings; one sting has been known to be potent enough to kill an adult human being in 15 minutes. In fact, 3% of the Tasmanian population is allergic to bulldog ants’ venom.

The sensitivity from such a sting lasts for years, making the bulldog ant one of the most toxic and venomous insects in the animal kingdom. In the wild, these ants eat moths, spiders, flies, and in rare occurrences where no other insects are available, these ants even eat each other!

The bullet ant is also considered to be a dangerous one. Its name is proof of its deadly sting; a bullet ant sting has been rated the highest level of pain on the Schmidt’s sting pain index (an index that records levels of pain in humans from various hymenoptera insects). The sting of a bullet ant has been compared to being shot by a bullet, the throbbing pain lasting nearly 24 hours after the victim has first been bitten.

Some tribes in Brazil even subject their young men to bullet ants as a test to build endurance and tolerance. These ants are available widely in the rain-forests of South America. The most popular prey of this ant is the glasswing butterfly that these ants love to feed on.

One of the most aggressive ant species is the army ant. The species is one among 120, consisting of workers, soldiers, males, and queens. The workers are usually blind, leaving their expertise down to polymorphism, the occurrence of different forms among a singular species. Like in any army, a colony of army ants has soldier ants that help protect and defend the rest of the species. These are built with strong jaws and heads, giving them strength and support to carry out their duties.

The Jack Jumper is perhaps one of the strangest ant species known to man. It derives its name from its ability to jump incredibly long distances, almost 3-4 inches with every stride. This species is unique to Tasmania, where they build their nests in open and dry areas, especially in the forest. About 90% of Australia’s ant allergies stem from the Jack Jumper ant and most of the deadly symptoms include increased heart and blood pressure. On rare occasions, the bite might even lead to death, making it one of the deadliest ants in the world.

Is Netflix’s Ajeeb Dastaans worth a watch?