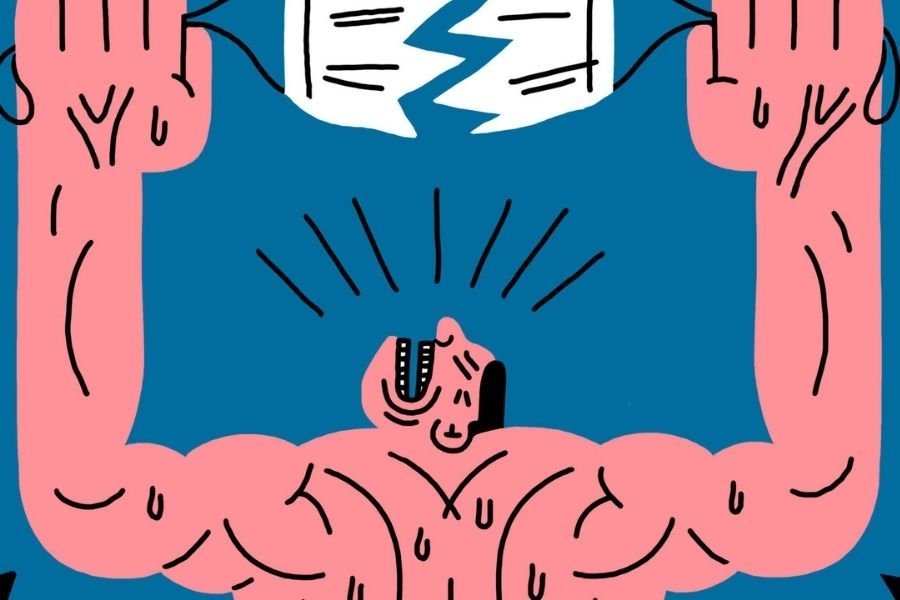 No! Being masculine is not toxic. Masculinity, as opposed to toxic masculinity, is instincts and behaviour patterns that can be noted in anyone, irrespective of their gender or/and sexuality. But when a set of boundaries are confined to be conceived as the only exhibition of masculinity, and these ‘functionings’ are delinquent and illogical, then those norms come under toxic masculinity.

As with evolution in social customs, people have started to repent and question these behaviours, which are still accepted and even promoted. It is crucial to understand such behaviours. Such things that normalize toxic masculinity includes.

Table of Contents show
9 Ideas That Normalize Toxic Masculinity
1. The Idea Of Them Always Being ‘Strong’
2. Fashion And Makeup Is For ‘Girls’
3. They Are Supposed To Be The ‘Providers’
4. Women And Men Are Supposed To Behave Differently
5. Men Shouldn’t Mind Women’s Business
6. Aggression, Violence, And Dominance Is ‘Manly’
7. Homosexuality Means You’re Less Of A Man
8. More Sexual Adventures, More ‘Masculine’
9. Stoicism

1. The Idea Of Them Always Being ‘Strong’

Society’s unsaid ‘law’ makes men linger, being tough, stout, and athletic. They have to have a tall, robust body so that they can ‘protect’ those who are not, well, masculine enough or ALL the females.

Back me up here ladies, how many times has your ‘caring’ boyfriend and spouse or even a guy friend ‘tried’ to protect you when any other guy makes a pass on you? For the very last, WE, WOMEN, DON’T NEED TO BE PROTECTED BY YOU, just let us be. Once we are not ‘taken care of, the crimes against us will eventually die (Well, that is hope at least). This idea only perpetuates toxic masculinity and protects none.

2. Fashion And Makeup Is For ‘Girls’

No, no, men aren’t just supposed to be either logistically or athletically solid. Artistic ventures such as fashion line, makeup, and styling are also a good choice with which they can opt to be situated if someone insinuates otherwise, toxic masculinity alert!

Why being stylish, dressing up, or putting on makeup a guy either gay or less masculine? Noxious norms that put ‘passions’ and ‘choices’ in the different factions of particular gender or sexuality are very much why toxic masculinity continues to exist.

3. They Are Supposed To Be The ‘Providers’

Society claims that being an independent pillar and the earner of the family makes a man ‘worthy’ and is the only goal of their life, whereas a woman is supposed to raise a family. The misogynist mindset makes many men brood the practice of maintaining a family as a mere ‘duty’.

The latest case in Delhi, where a man stabbed his wife 25 times because she wanted to ‘work’, is an obvious example of how this concept of men being the ‘worker’ and the only ‘earner’ can be fatalistic.

4. Women And Men Are Supposed To Behave Differently

There is no need to exaggerate the ‘naturalistic roles’ and ‘behaviours’ assigned to different genders and sexualities. Where heterosexual men are supposed to be tough, stoic, loud, decision-maker, hostile, preserved, funny, etc., a woman has to be calm, composed, silent (or should speak less), caretaker, home-maker, etc.

Biologically, men and women are framed and contribute differently. Still, the hormonal functions and brain, which mostly allow their behaviours, thinking patterns, and expertise to toil, are very certain and personal in everyone.

It is pervasive in even day-to-day life, such as school and workplace, where men are ‘isolated’ from the tackles of women. This practice makes men not understand the realms of women, which also play an essential part in the increasing crime against females.

6. Aggression, Violence, And Dominance Is ‘Manly’

First of all, can we stop using the term manly and girly already? It is toxic, sexist, and fallacious as hell.

Other sexualities and genders are also prevalent in such illicit and wrong traits, but statistically and even in general, men are more imposed in these fixations. According to statistics, women are indulging in almost 15 per cent of all the crimes reported around the world; hence the rest, 85 per cent or more, crimes are conducted by men.

Though blaming an overall gender is the most off-target and culpable stand, logically, these toxic masculinity practices have a role in the prevalent crimes.

Heterosexuality has always been preached as the ‘higher’ and ‘only relevant’ sexuality. If a male is homosexual or lies under the LGBTQIA+ flag, he is accepted as inapt to be a guy. There is no need even to assure the ignorant and audacious frame of mind behind this belief.

Using sexual inclination as a stipulation for being more ‘man’ is one of the most ushered traits of toxic masculinity. Under this category, using sexual taunts, objectification, and even sexual assault makes a saunter. Understanding the gravity of this convention is crucial to eliminate the brutality and atrocity caused by it.

No, it is not a big deal when men who are women-objectify-er, cheater, womanizer, and use ‘sexist’ comments is stated as a stud.

Let us understand the science behind why women are more ’emotional’, and men are ’emotion-less, spoiler alert- they are equally emotional, and saying otherwise is imposing toxic masculinity.

Since the start of humankind, women conceived and gave birth to children, and hence naturally, the rest population, i.e. men, went hunting and bought food. Therefore, the males were needed to be wildly frequent and contain rational thinking to survive, whereas the women were more focused on raising offspring and were the gatherers. This was not done because women were not capable of hunting or doing what males did; it was because they rationally divided the tasks.

Then this custom started to fade as more and more techniques evolved for survival and livelihood, but the concept of men being more ‘strong’ and women being the homemaker kept its hold. Toxic masculinity took root and stayed.

Eventually, women and men started to express different emotions more freely. Men showed anger and aggression, while the women showed happiness and sadness. And with time, these became our cognitive reality, till today’s time.

But since now women and men are stepping out of the drawn lines of professional roles, the incoming century or so, the way and rate of expressing emotions will be surprisingly neutral.

So, all being said, forcing men to be calmer, and repress their emotions, is the way of making them decline the most natural things of being a human being. In short, it is toxic masculinity.

12 Biggest Polluting Industries In The World

20 Celebrities who are rumored to be part of Illuminati