9 Myths And Facts About Rabbits As Pets 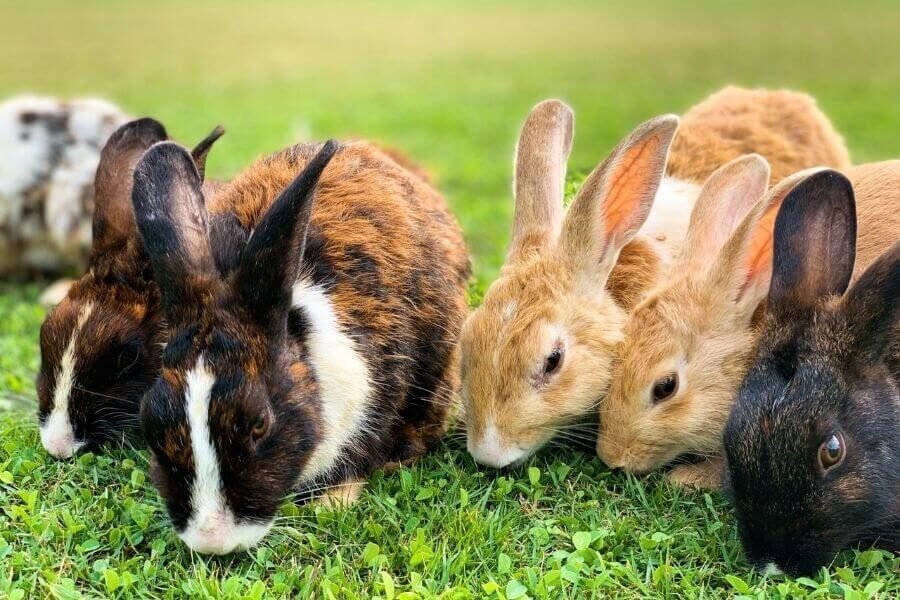 Rabbits are one of the most beloved pets of all time. They are adorable and sensitive. Even after being immensely adored, rabbits are mistreated and abandoned as pets. Often people tend to disown them when they feel ‘bored’. There are many misconceptions about raising and nurturing rabbits as pets. People with zilch knowledge about bunnies and their lifestyle initially shelter them and later fail to give them a nourishing abode. This results in rabbits’ miserable conditions.

So, are rabbits an easy pet to take care of?

Well, the answer to the question is a ‘yes’ and a huge ‘no’. Unlike dogs and cats, rabbits prefer to be in a group or at least in pairs. They require attention and love in a considerate amount. They will make sure to let you know when to be engaged with them and when to leave them alone.

Rabbits are pure vegetarians. Hence, they eat everything green like hay, fresh veggies, weed, etc. You would have to refill their food and water bowls at least thrice a day. One of the most common facts about rabbits as pets is that they are always hungry and will rankle around you until you feed them.

You have to be consistent and friendly with them, as they might feel lonely in the initial days in the new surroundings. They require personal space on some days when they don’t seem as active as on the average days.

So let’s get to know the basic myths and facts about rabbits as pets that many people might not know. By this, you can bust the rabbit myths to take care of your lovely pet.

1) Myth- They Need No Company

Rabbits as pets do love playing, running, or in general, having fun. They crave human affection. They are socially and physically interactive.

One of the basic myths about having rabbits as pets is that rabbits are pretty low-maintenance, which is not true. Just like other pets, bunnies need conventional conditioning, regular nail trimming and bathing.

You will hear people say that rabbits as pets live up to a maximum of 4 years, which is a rabbit myth. Their average lifespan is 7-8 years, and the healthy ones could even touch up to 12 years. So, if you are caring enough to keep your rabbits in a healthy and sustainable environment, they will live a longer life.

4) Myth- Love To Be Cuddled

Originally being prey animals, pet rabbits possess an intuitive nature to revolt when held in an embrace. Hence, some rabbits may not like to be cuddled or raised. But they never detest human touch in general. You could gently pat them or kiss them. They will relish it.

5) Myth- Can be Left Alone For A Few Days

Pet rabbits loathe being left alone besides during their nap time. According to the facts, they would seek you and run around you to get your attention. Leaving a bunny alone for more than 8 hours will probably daunt them. If you are a full-time working person who lives alone, a rabbit may not be the best choice for you as a pet.

This stands true to a certain extent. Bunnies are a bit lazy, but they require muscle training like dogs. They engage in a little less vigorous workout compared to dogs. They love to run with their human parent. They will follow your hands and play around with inanimate objects. So, make sure you rabbit-proof your house before taking up rabbits as pets.

7) Myth- It Is Okay To Keep Them Caged

With no adequate familiarity and knowledge, many owners like to leave their pets in the cage for more than 24 hours, which is brutal. Rabbits begin to exasperate if they are shut in a cage for too long. It’s essential to ensure that rabbits get a good amount of time to wander around and play.

8) Myth- They Are Messy And Smelly

Out of all the facts about rabbits, this one has to be the biggest lie out of all the myths about rabbits because bunnies are experts in personal grooming. They keep themselves clean and make sure that they don’t exude bad odour.

9) Myth About Rabbits And Babies

A lot of people ignore the fact that rabbits are sensitive creatures. Kids are naïve enough to get a hold of rabbits in a bit of a harsh manner. They might tightly clasp the ears of your rabbit and could end up hurting the little pet. You cannot keep a living creature to amuse and entertain your kids. If you want to keep rabbits as pets, you need to know the pros and cons of keeping them by not getting blinded by the rabbit myths.

Rabbits as pets are indeed amazing to own. They want owners who cherish them just like their own children. They will delight and warm your heart. Furthermore, they will reciprocate the same love that you shower upon them. If you are ready to get a rabbit, make sure you give them a good life. But also take the necessary precautions before bringing them into your life and home.

Romanticizing Mental Illness: How It Happens

14 Myths About Mental Health That We Need To Break