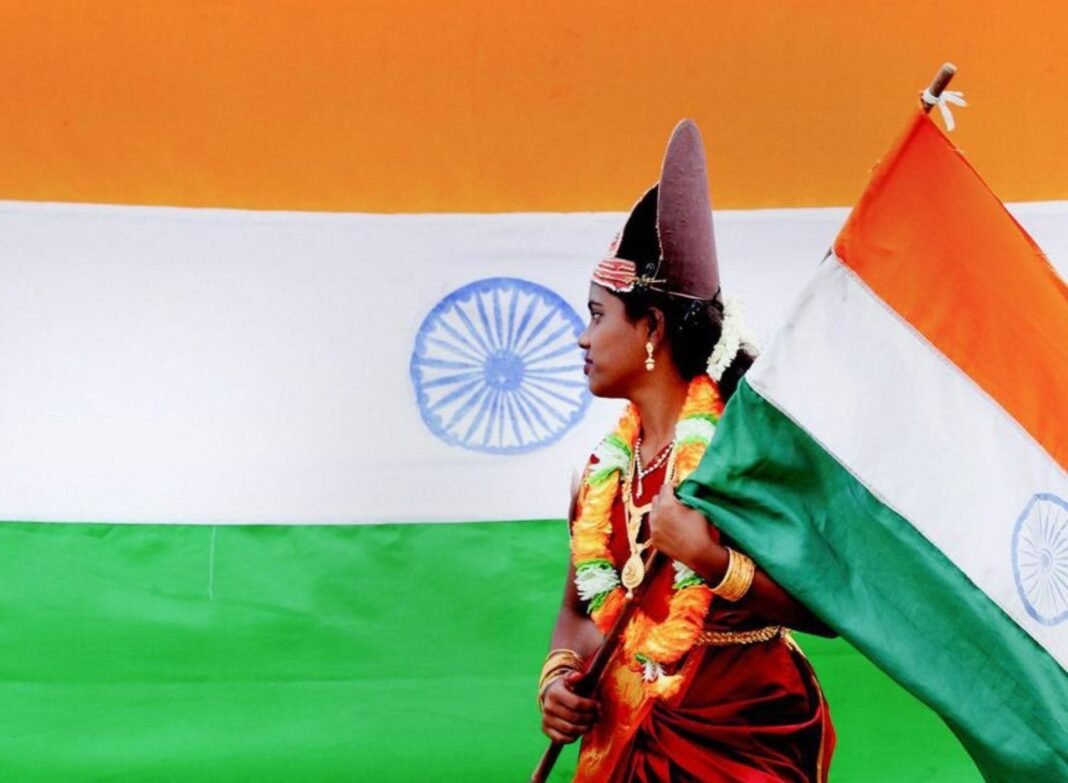 India is more than you know. No one can ever ‘define’ the beauty and magic of this country. But for ages, India is often wrongly perceived by many western and foreign peeps. And for this, who should we blame? The mainstream western media, duh! They still formulate it to be a land of snake-charmers, and well, that’s all. The country has reached space, is literally ruling the technical faction and Bollywood produces double the number of movies than Hollywood, but why are we still that ‘lagged’ country for them?

So, should we address these myths and then break them, one by one?

Table of Contents show
1 The location of India
2 India smells bad
3 All Indian food is too spicy
4 Indians are only vegetarians
5 Everyone wears a sari here
6 Indian is a language
7 Taj Mahal is everything there is in India
8 India is poor
9 India looks like a Bollywood dance video
10 Travelling is highly unsafe in India
11 It is hot here, all the time
12 Indian women are only housewives
13 All Indians are Hindus
14 Slums are India
15 Indians are only good at mathematics
16 Conclusion:

The location of India

Let us start with a point that is more of a confusion than a myth- India’s location. Since western countries have lame and stereotypical ideas of Asians, they sometimes associate India as ‘not a part of their typical representation’. Okay now! Don’t be surprised, Geography is not the strongest item for all. Many western people inaccurately destine our country, India. So, for the last time, it is in South Asia.

This, frankly, is just a straightaway ignorant mentality. Indian foods are made with a considerate amount of spice and oils, which makes it one of the most delicious foods in the world; hence an amusing smell of food is quite accustomed. It doesn’t make India, as a whole, smelly.

All Indian food is too spicy

Speaking of food, no, not all Indian food is spicy enough to ignite a fire in your gut. India is a nation of culture, diversity, and utmost variety. In fact, we have some of the most finger-licking sweets items like Gulab Jamun, kheer, etc that tastes like heaven. So to conclude this point, we, Indians, like a blend of different flavours and funs, NOT JUST SPICY.

Indians are only vegetarians

Though beef is considered an unforgivable sin here due to our religious beliefs, Indians love non-veg with all their hearts and souls. Or how do you explain the crazy love for Butter Chicken? Also, while we are on this topic, the majority mass of Indians appreciate vegetarianism, not veganism- just stating a lesser-known fact.

Everyone wears a sari here

Traditional outfits are definitely the best wears for an Indian, but that doesn’t mean that we ONLY prefer wearing saris, kurtas, suits, chunni, etc. You will find different people wearing personal and quite different clothes, here. That is India, by the way, the gorgeous diversity.

Indian is a language

Be ready to be daunted with a grave surprise, India has a total of more than 1600 languages, that are completely designed and conceived in India. Out of which, 21 languages are officially recognized by the constitution of India, which includes Hindi, Urdu, Tamil, Punjabi, etc. There is no such language as ‘Indian’.

Taj Mahal is everything there is in India

Though one of India’s many feelings of pride, the Taj Mahal is surely not the only ‘best’ thing in or about our nation. We have the wildest forests, beaches, monuments, temples, waterfalls, etc. and our cities are just splendidly stunning. We have more for you than any other country in this world. India is colourful and to explore it, one needs a complete lifetime and probably will still miss many wonderful parts of this country.

Sure, if I am being honest, a few parts of India are, in fact, devastatingly stuck with poverty, but that isn’t ONLY India. Dharavi is the biggest slum in Asia, situated in the heart of Mumbai. Though it might seem poor and just harshly deprived, for the world, in reality, it is one of the fastest-growing slums in Asia. So, if the largest slums are developing, what does that say about our nation?

India is enticing and majestically colourful, but you won’t be able to find people dancing with unreal enthusiasm on the roads, like in any Bollywood song, except for our heartful festivals like Ganpati Visarjan and Holi. India is full of surprises and is quite layered for you to discover but it isn’t just like Bollywood movies or any other Indian film, for that matter.

Travelling is highly unsafe in India

Just to be clear, travelling to ANY foreign place can be unsafe, if you are not secured and prepared enough. India’s ancient believes caters Guests as Gods, hence the infirm stereotypes are just misleading. If anything, you will be welcomed with great excitement and arms wide open.

But yes, always take required precautions, no matter where you travel.

It is hot here, all the time

India, in total, has 6 seasons, unlike the rest of the world. So, the time of your visit and the state you visit will confirm the weather you will receive. We don’t sweat every second of the year; we experience beautiful and various types of weather, throughout the year.

Indian women are only housewives

Still, like every other country in the world, many women here are, too, fighting for equal rights. But again, isn’t that the case with every other nation?

All Indians are Hindus

Hindus are the majority of the population, but it is not the only religion that builds this country.

If not Hindus, you might conceive it as a nation of only Hindus-Muslims, am I right? Again, India is all about diversity, in all and every form. India has recognized at least 7 different religions to majorly compact the whole population. Yes, Hindus are the majority population but the country seeks each religion with the same respect and freedom.

As already mentioned before, certain parts of India are devastated by poverty but, again, that is not the only reality. The western media has always exaggerated the condition of India and only taken into consideration of such extreme tales, which are immensely unfair and ignorant. India is rich in many ways, and slums are a trait we don’t really repent.

Indians are only good at mathematics

Despite the logistic knowledge, Indians are exceptionally bright in other creative, artistic, and linguistic fields as well. India is home to the greatest minds of all time with amazing world-class talents. There is no need to even point examples here, there are just too many.

It is easy to put your ‘opinions’ as fact without considering the actual reality. We, Indians, are still in a lot of ways are stereotypically represented in western movies and shows, the very famous example is of the character Apu from the show called The Simpsons. But enough is enough, let us speak up and stop any more of these myths.

Turn A Hobby Into A Rewarding Business In 8 Effective Steps!