Brooklyn 9-9 or The Office: Which Is The Better Sitcom? 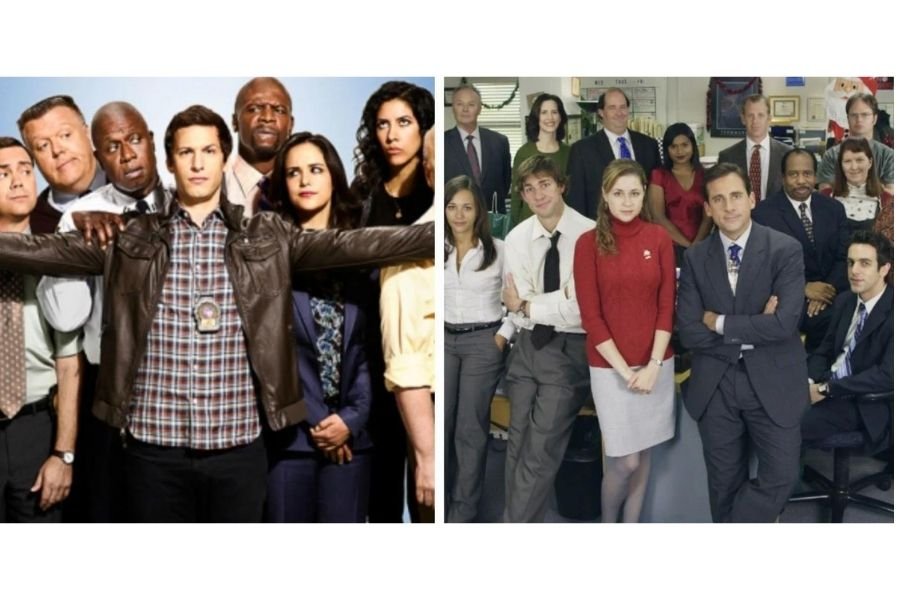 Brooklyn 9-9 and The Office are some of the most famous workplace sitcoms today. Both the shows are hilarious with many remarkable characters. Though, both the shows have different sorts of fan-following and are a lot different from each other, in general. Now the question arises, which is the better sitcom?

Okay, let us handle this maturely, and let’s find out which show did what better?

The Office characters were fascinating and had terrific chemistry with each other, but no particular friendship stays with you; of course, Jim and Dwight were one of the strongest duos, yet we needed to see more friendship sequences at that front. In B99, everyone has an adorable friendship, and this includes EVERYONE. And our favourite has to be Scully and Hitchcock.

The Flow Of The Show And Characters- The Office

The Office has a very engaging and consistent flow that made it even more fetching to the audience. For example, Jim and Pam’s relationship grew in front of our eyes, and unlike many shows, it felt genuine. And the way they showed Michael Scott’s character growth was exceptionally good. Brooklyn 9-9, too, masters this front, but The Office did it better than them.

I mean, Angelia always slut-shamed, Kelly was irritating, Stanley was rude, etc., etc. Though some personal qualities made the show ‘funnier’, you know they were not the best. Even Jim’s pranks were often very cruel. While in B9-9, every character is made unique and yet considerate and well, likeable.

A 9-5 office job is way more relatable than a police precinct. Even the problems that they created and often projected were felt by many. The show gave its best in putting a natural feel in the show and succeeded as well.

More And Better Representation- B9-9

Brooklyn 9-9 has to be one of the best shows in projecting diversity in terms of everything. In The Office, too, made its potential in doing so, but B9-9 did an outstanding job never letting these ‘differences’ affect any plot. For example, Oscar being gay has been the ‘laughing’ and even ‘trolling’ point of the show, whilst in B9-9, they made their sexuality more authentic and more substantial.

The Office is famous for its cringy and hysterical dialogues and scenes. There are innumerous sequences where Michael Scott drove himself in such gnarly and weird situations where it made us cringe and burst out in laughter (also, he drove himself in a river as well).

Jim and Pam are said to be one of the strongest couples on the television, but they were, umm, NOT.

It was very evident that they both wanted different things, they did not trust each other enough, they meddled with each others relationship and, and they were just dull, except for their wedding (Niagara was the best).

Whereas Jake and Amy had to be one of the strongest couples. While Jim was very much in love with Pam from the beginning, he never stood for her when men of The Office sexually gawked at her (or even commented), and he was never really friendly with other women except for Pam. On the other hand, Jake is the most incredible boyfriend, and yes, feminist, out there.

Jake and Amy made each other better, supported each other, and were way stronger and interesting than Jim and Pam.

Unique Style Of Filming – The Office

The Office mockumentary was uniquely engaging and captivating. It made the show rawer and was easier to watch. It was way more subtle, more accessible to binge, and authentic. B9-9 followed the rhythm of the traditional way of shooting a sitcom.

The most vital complaint audience has from The Office is that they never made female characters more thorough and rationally strong. We never saw Kelly being top at her job, only as a clingy girlfriend. Even Pam gave up her dream for Jim, and Angela was just way too judgy. At the same time, characters like Oscar, Jim, Dwight were made the top and the best workers.

In B9-9, female and male characters were shown equally good at their job and real feelings. Amy, Rosa, and Gina were potentially different and yet badasses. I mean, Amy catching a perp while in a wedding gown is one of the exhilarating and Wow moments ever.

While both the shows were funny and had a crazy-good one-liner, The Office had a more witty style of projecting humour. The writing was terrific, and so were the show’s writers (Indians looking at you Mindy Kaling), and due to the amazing actors, they pulled off scenes such amazingly.

You could look at some of their expressions and burst out laughing. And one of the most sensible examples of this is Michael shouting No after Toby returns.

Yes, there is no character like Michael Scott, but it is no wonder that he wasn’t good at his job, and neither were many other employees such as Creed and Kevin. While in Brooklyn 9-9, Raymond Holt is the best boss. He was terrific at his job; he struggled to get to the position he was at now; he respected his employees and handled everything way more maturely than Scott. And he is still one of the funniest characters on the show.

Once you start to watch The Office, it starts to feel like, well, home? It is just comfortable and peaceful to watch. It is a way more binge-able show than Brooklyn 9-9. You start to hold every character personally with every passing episode; that is what makes this show the big deal it is, even today.

Yes, an office setting is more relatable, but a bunch of detectives doing tremendously on solving cases and being hysterical is way and way more engaging. Even the subplots and regional scenarios of Brooklyn 9-9 are exciting to watch.

To conclude, both the shows are very different and have their own sets of pros and cons compared to each other. I’m sure it’s easy to figure out which show we are leaning towards, but since we have laid out a comprehensive list of what makes one show better than the other, let us know which one you think wins!

11 Symptoms of Emotional Exhaustion You Should Notice

11 Things Everyone Should Experience Before They Die