Hiding Secrets and 4 Safe Places to Do So 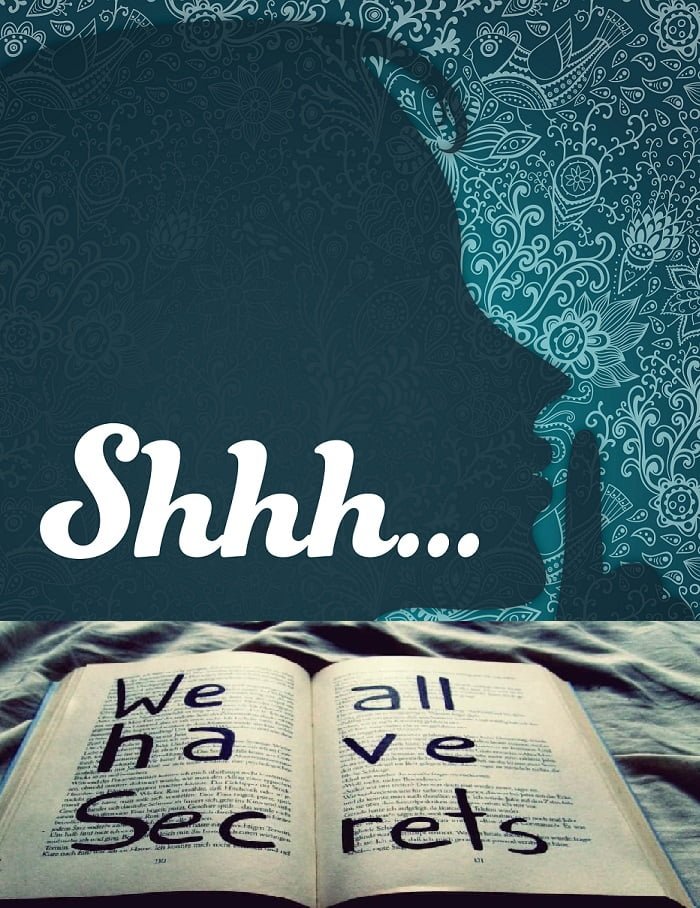 From magazines hidden under the mattress to stuff rammed to the underside of the table, I guess it was never easy to get away with hiding secrets.

Some ideas are better though, not the time capsule definitely; that stuff costs a fortune. Let’s just say something a bit more to the practical side. Some of the worst dreams scribbled in agony, some of the sweetest letters which, by God, were supposed to be hugged every single night, some maybe even torn to pieces because of their constant pricking on the heart, which were supposed to be swept by the janitor the next day, and it did… quite unnoticed, the way it was intended for things to be.

Are you always in search of places for hiding secrets, be it in the configuration of an emotion or an entity? Then you are in the right locale. Here, we offer you amazing ways to either hide your enigmas or get away with them. The reality of life says nothing is eternal, the same is the case with secrets, after a point, they too lose their importance. Thus, at times getting away with them in the very beginning is the best choice. Well, first let’s have a look at various niches for hiding secrets.

Table of Contents show
1. Personal diaries for the secrets dormant in your heart
2. Lockers and cupboards have become susceptible places, try something different
3. Hiding secrets as it’s done in the sagas
4. Give up the nostalgia and just let go of it!!

1. Personal diaries for the secrets dormant in your heart

All have once been a poet or writer. And have concealed those secret poems or stories in our personal diary. Remember the time when you felt like there’s no one around to hear your side of the argument and in the misery, you had to pen down your thoughts? But later you started loving the same.., and every night before dozing off you made it a habit of conveying your emotion to your bestie- your diary!!

Right from fun with friends to the family brunch, everything was being affirmed, but in your words. Carefree from the judgements of the world, even your mini love stories were being inscribed. Yeah, all have once done that; if not, you must give it a try.

Personal diary is the perfect place to hide the massive mysteries of vivacity.  Without any fear, you can be yourself and let out every emotion from love to hatred, happiness to emptiness and what not!  It’s one’s personal arena to shower thoughts and sentiments.

2. Lockers and cupboards have become susceptible places, try something different

Hiding secrets- not an easy affair, as there’s always a fear of being caught. Especially secrets in the form entities are difficult to conceal from people in the house. Be it your personal diary or a special gift. Lockers and drawers are long gone ideas, we need to find new places and ways for protecting our mystery.

For example- ever thought of hiding stuff inside a bean bag? Or you can put stuff in the underside of your sofa cover. Just make sure it’s safe and not frequently scanned by your parents or siblings. You may also stick a polybag on the backside of the cupboard(the side facing the wall), and keep small stuff safely inside it. One may even opt for creating their DIY hidden wall safe. Well, ideas can be numerous, depending on the entity you want to conceal.

3. Hiding secrets as it’s done in the sagas

Not every secret goes so easy. Swinging in a park somewhere at sunset, wishing to just bury it, right there in the sand, maybe even I won’t find it. But that makes it easier, one load off the back with every little snippet in a bottle, far from the reach of anybody… still, that’s a fairy tale.

4. Give up the nostalgia and just let go of it!!

Or bring it to the next campfire and just finish with it. Something pushed you to hide it, possibly took a huge chunk of pride to have it inscribed in your head, maybe it deserves to be forgotten now of all the discomfort it might cause. In the flesh, any secret is a potential albatross.

Metaphysically, the sealed bottle of wine would serve the greatest. A few sips, and everything starts pouring out (only as dark as you make it). Though, at some point it’s more of a boast than a secret, hence, doesn’t make much sense. Your sealed mysteries covey a lot about your uncensored side, the real you.

Practically speaking, there are tons of options, still, I don’t recommend stuffing the beloved like the cash is stuffed in the walls of miscreants house. I mean, just get the dog to chew it, how hard can that be? But don’t succumb to animal torture. Want a nostalgic moment with it? Off to the storeroom. It might be beautiful finding it around in oblivion. Maybe it’s better off sealed off from this realm, or others, for that matter. Some of it is better lost than hidden maybe. It’s better to hide it out of your reach so that one is free from any fear of being snagged.

What Is It Like To Have A Dog Sibling?

7 Amazing Cafes You Must Visit In Rishikesh

6 Powerful Ways Of Dealing With Anxiety