How Bollywood Ignores The Concept Of Consent 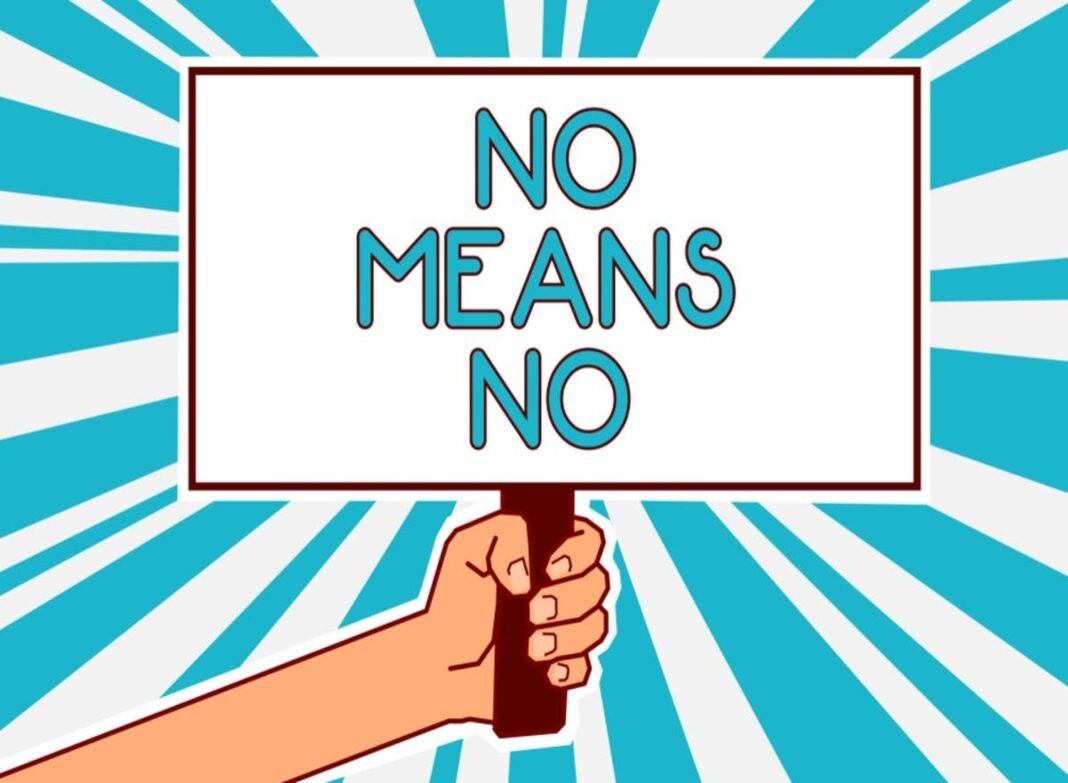 Hey, do you know no means no? NO? Oh, so you watch Bollywood uh?

Ah! Our dear Bollywood (with an eternal mindset of a women-degrading Indian uncle, with zero familiarity with the term ‘consent’) keeps on getting better with its doctrines which make every sensible person want to barf.

Table of Contents show
BOLLYWOOD AND ITS WOMEN-DEGRADING SONGS
HOW BOLLYWOOD IGNORES THE CONCEPT OF CONSENT?
Problematic Song In The Film “Toilet: Ek Prem Katha”
Normalising Physical Assualt In The Ace of ‘comedy’ in Judwaa Films
Sexually Using a Person Is Okay, according to Action Jackson
Stalking Is Romantic, Am I Right, The Makers of Raanjhana?
Movies Like Housefull Franchise Which Show Women As Only Objects

BOLLYWOOD AND ITS WOMEN-DEGRADING SONGS

There are countless, let me repeat that, COUNTLESS number of Bollywood songs that are chart-busters and beautifully capture women’s worth, which according to Bollywood, is of a thrown shoe. Am I right?

See, there is one person who doesn’t understand consent, and then there is another person who doesn’t WANT TO UNDERSTAND consent, and that second person is Bollywood. From time immemorial, Bollywood and its pioneers keep on ‘normalizing’ rape, assault, stalking, no-means-yes, women/men’s body is “our body to have,” glorifying objectification of one’s body, and whatnot.

And the favorite one yet? “Tu haan kar, ya naa kar Tu hai meri kiran!” (trans. It doesn’t matter if you say yes or no, you are mine). Bruh, Shah Rukh Khan said it, hence, CONSENT IS JUST A MERE FANTASY.

HOW BOLLYWOOD IGNORES THE CONCEPT OF CONSENT?

Let us move on from these exceptional songs and undertake how Bollywood movies ignore consent in this 20th century (because talking about the 1990s will just sting our brain cells).

Since we all love Akshay Kumar, let’s begin with his blockbuster movie Toilet: Ek Prem Katha. Though this movie makes a mark in dealing with one social issue, it completely glorifies stalking and clicking pictures without consent. In the song ‘Hass mat pagli, pyaar hojaega’ (trans. Don’t laugh sweetie, I will fall in love), the only thing he does is CLICK pictures of his lady-love WITHOUT her consent, mind you (as if you cannot go to jail for that Mr. Kumar).

The sad part is when the lady realizes the ‘worth’ of Akshay Kumar’s character, she too, starts to click pictures without consent, like seriously?

Read also – 15 Ways To Get Educated Faster And Cheaper

Normalising Physical Assualt In The Ace of ‘comedy’ in Judwaa Films

Now in the brain-drilling movie Judwaa 2, (although Judwaa 1 also wasn’t a good craft at all, since it was a 90’s film, we are going to pretend we don’t know about its existence) in a scene where Varun Dhawan’s character comes to deliver pizza in a supermarket (wow), his ‘masculinity’ urges him to spank Jacqueline’s character. And when we thought it could not go worse, Varun kisses Jacqueline (without consent, obviously) while trying to hide from a policeman. BRAVO!

Sexually Using a Person Is Okay, according to Action Jackson

Don’t be mistaken if you think Bollywood only degrades women and consent to their bodies. A superbly dirt film Action Jackson (don’t really remember this film? Don’t worry, no one does), Sonakshi Sinha’s character thinks that looking at Ajay Devgan’s character’s penis is lucky for her (let the world die, please) and hence seeks various opportunities to, you know it, get a glimpse of his penis.

To get lucky here, she tries to drug him. Isn’t that a literal crime? Dear Sonakshi, Jail jaane se to daro! Another problematic sequence from the same film is when a character played by Kunaal Roy Kapur, a friend of Ajay’s character, is literally assaulted, if not raped, by Sonakshi’s character’s friends, to be able to get lucky. And this scene is made to be ‘hysterical.’ How was this film approved, again?

Stalking Is Romantic, Am I Right, The Makers of Raanjhana?

Moving on to a film which is un-romantic because of hundred reasons, Raanjhana. One being, stalking. The second being, trying to woo a woman by threatening to kill yourself. And we don’t need to go on this killing trip, do we? While we are on this subject, Tere Naam was also problematic.

Movies Like Housefull Franchise Which Show Women As Only Objects

While there are myriad films where women are not really degraded, assaulted, or objectified but clearly, their ‘status’ portrayed in such films is desolating. For example, the ‘Housefull’ franchise where women are merely shown as ‘dumb,’ ‘overly excited’ with ‘no personal character traits’ and ‘daddy’s little princess.’ If not for the male’s character growth from greedy to ‘awwww-ful,’ the ladies would be as good as Chunky Pandey’s tacky clothes.

Clearly, there are many other heart-warming films to put on the list but we get the point right? Consent is a very blurred concept for Bollywood still. And it is high time for actors, producers, songwriters, directors and in general, filmmakers to GROW into this concept, because maybe it seems light on the big screen but not when women and men face it in real life.

Also, NO MEANS NO!