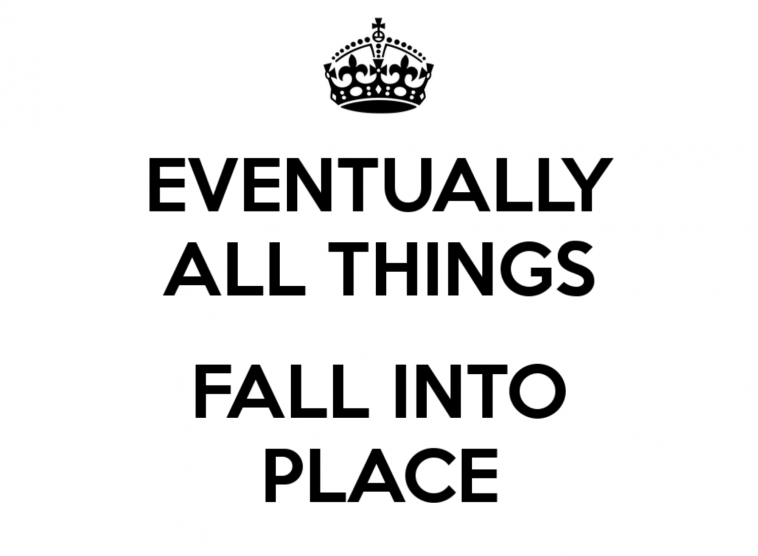 With the recent series of events, all of us have this question in our minds: “Is everything happening the way it should?” Have you ever wondered how much truth there is to the popular proverb of Mahatma Gandhi that man is the maker of his own destiny? It’s been long uttered to us but there are things that can make us question this. For example, did the children in Syria die because of their fault? Did your house get robbed because of your own fault? Did your boss scold you because you got late due to traffic? Is this your own fault? I don’t think so.

There are several things in life that happen without our knowledge and there is nothing we can do about it. We do not control everything, and yet, we never stop trying to. Life has a way of examining a person’s will, either a lot may happen all of a sudden or monotony may kill you from inside, in both cases, we question our soul, is everything happening the way it should? There is a popular verse in Bhagwat Geeta that says we should just do our duty without concerning ourselves with the outcome.

It has always been a toiling situation for a man who is kind of a control freak. Even a pencil out of the holder could piss him off. But do we have to blame him for trying to control everything or do we sympathize with his inability to do so in spite of all his efforts? We can safely assume that not everything happens the way it should but I believe that is the beauty of those things.

One cannot plan a masterpiece of art, one cannot forecast the success of a T.V. show, one cannot even fathom the most basic things in life most of the time. Hence, no one has the answer to the very fundamental question – is everything happening the way it should? And when things do not go as planned, we often resort to another famous proverb – “only time will tell”. This is the common way of handling the intricacies of life, and more often than not, it is the only way. So even if things aren’t happening the way they should, there is a leveling effect of the cosmos that renders everything make sense in the distant future.

Table of Contents show
1 The fear of death, good or bad, is not under our control!
2 The question remains – Is everything happening the way it should?
3 The bottom line

The fear of death, good or bad, is not under our control!

Steve Jobs, during his speech at a convocation ceremony, said that there are things that will happen in your life that won’t make sense immediately, but when you look back on those, the dots will connect, and it will form the big picture. One can only connect the dots looking back, never looking forward. Did Mr. Jobs plan on dying from pancreatic cancer?

Clearly, no. But on looking back, one could easily notice that he gave the world the best products during those trying years while he was fighting with cancer. The first smartphone that Apple delivered revolutionized everything that the phone industry had been doing at the time. Most of his close associates later reckoned that it was the fear of death that pushed Mr. Jobs on delivering those mind-blowing products.

The question remains – Is everything happening the way it should?

Most of us see not being in control all the time as a bad thing, but one could easily argue that most of the marvelous and distinct objects created or discovered were by chance and some bit of luck. It is most fabulous to see how things work out for themselves in spite of all odds and sometimes not even see the light of the day despite the best efforts. I guess, it is the will of man along with the will of nature and a bit of good luck that help things take form.

Somewhere time is a medium of nature to keep things from happening at once, and making the question even more prominent for us, is everything happening the way it should? When we set out to do something, we put in the best of our thoughts as well as efforts to turn it into something that we previously imagined, but seldom does this work and the end result is what no one could ever expect. And this, my friend, is oftentimes better, and much more exquisite than what we anticipated. We learn to work with things that are at our disposal rather than yearning for things that are not.

It’s affirmed that things happen the way they are supposed to, and we just watch them unfold. The wonder of nature is that everything falls into place at some time or the other, and no matter how abrupt it may seem to us in the present, our future will help us understand it.

Thus, we can safely say that there are a lot of things that happen in the world where we exert little control, it is highly recommended going with the flow and give our best to use those circumstances to our advantage and bring out something useful and fulfilling. From the creation of the very universe, a lot has happened and if this question prevails – is everything happening the way it should? Then there is a lot of unexplored in this world.

Things may not happen the way we think they should but that doesn’t mean it is going to be bad. 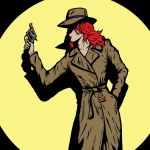 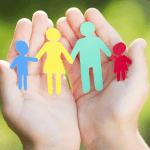