Is Netflix’s Ajeeb Dastaans worth a watch? 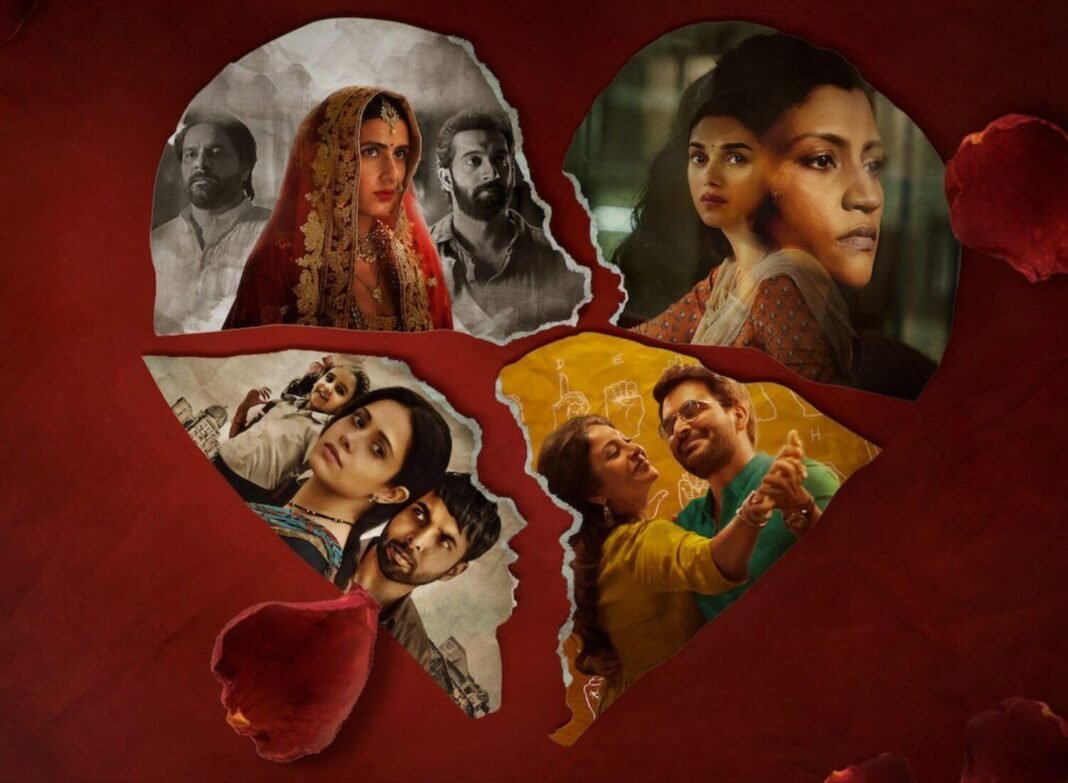 Karan Johar’s Dharmatic house pumps up with yet new Netflix production, this time an anthology named ‘Ajeeb Dastaans’. Is it worth the hype? Is it one of the best thrillers of 2021? Or is it even worth a watch?

Bollywood lately is trying (not giving) its best in making world-class productions in every genre, from drama to suspense. Ajeeb Dastaans is yet another failed attempt in making a remarkable thriller of all time. This anthology was composed of four different stories and tried to have it all and yet be different from the rest. Though some stories did make some genuine impact and had the ability to leave you stuck in utmost wonderment, other(s) fail even to glorify you.

So, let us break down all the stories one by one trying to conclude. At last, you decide whether it should be watched or not.

The first story, called ‘Majnu’, is directed by Shashank Kaitan and, on a personal note, is the worst of all.  The ‘twist’ is seen from a mile away, and as a story basis, it doesn’t seem much of an impactful one.

In Majnu, Babloo (Jaideep Ahlawat) is forced to marry Lipakshi (Fatima Sana Shaikh) in terms of some calls built by their fathers. It is a take on their daddy’s political agendas and motives. Babloo, on the first night of their marriage, tells off Lipakshi that he doesn’t want any relations with her as he is priorly in love with someone.

Ajeeb Dastaans becomes a story after the entry of Raj (Armaan Ralhan), who is the son of Babloo’s driver. Since Lipakshi’s sexual needs are not fulfilled (and so is not her mental needs), she hives over Raj. The story curtains since it.

Overall, the writing seemed forced, and even the little twists seemed too added. The story did not have a strong backbone, or even the screenplay was not at work. If talking about acting, all the three main actors played a promising role. They justified what they were asked to do, yet if only the direction were good.

Let us move on to the second movie directed by Raj Mehta. It is named Khilauna. To be honest, this could have had been everyone’s favourite because the story had the chance to be actually good. The twist was haunting and dark, which might have made it in top-ranked thrillers, but the problem was the screenplay and how everything was executed.

If you are a frequent watcher of thrillers or just movies in general, you would know the end only after a few minutes into the story. Though acting to the portrayal of subjunction between the castes is impressive, the credit should be uploaded here. But there is any factor here that will blow you away.  In fact, Meenal’s (Nushrratt Bharuccha) character is written superficially that it is hard to feel her, even though the story demands it. Why was she oversexualized? I mean, come on!

At the end of Khilauna’s review, it is worth a mention that there is one scene which is the main ‘crime’ capturing the scene, is extremely intelligent and can manage to grave in your mind.

Moving on to the third film, and the most loved of this Ajeeb Dastaans anthology. It is called ‘Geeli Pucchi’ and is directed by Neeraj Ghaywan. And before diving into the review, What A Story!

It is everything you want to make a good watch. From the acting to the layered social borders portrayed in it is quite beautiful and just what you need after two ugh-stories.

If you read the premises, you would think you know what will happen, but no darling! It is way more than that. Subtly, everything is aligned, and the ending is one of the best scenes. And can just take a moment and applaud Konkona Sensharma and Aditi Rao Hydari. These women just gave something more than extraordinary.

Now finally, the last story (and my personal favourite). It is named Ankahi and is directed by Kayoze Irani. This anthology ends with such a beautiful telling which is brilliant as per the production house. This story is simply magical and gravely heartbreaking. The ending could force you to tear up.

There is not any ‘over-dramatic twist or unveiling or anything. Everything adds up, and that is the thing that makes it so memorable. But despite the story, the most powerful thing is the acting. Natasha’s pure and visible connection (Shefali Shah) and Kabir (Manav Kaul) is just too touching.

To conclude, the Ajeeb Dastaans anthology has two must-watches and two you-can-ignore films. But this Netflix anthology is a one-time watch.

While, in my opinion, Ajeeb Dastaans seems to be overhyped, it definitely makes for a good watch.