The 5 Distinctive and Unexplored Territories on Earth 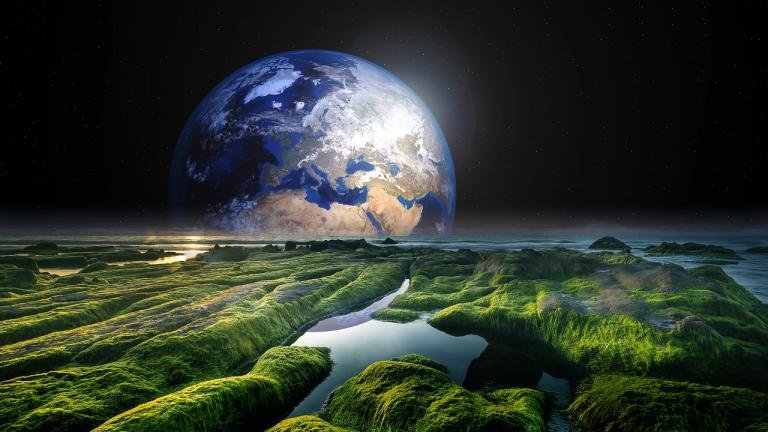 The unexplored territories are for them who adore adventure and dare to take the untried path.

For thousands of years, cartographers have been trying to complete the map of the world and still, there is a major chunk of the world that is undiscovered. Even on finding those territories, modern civilization has not yet penetrated them and established a footing. Anybody would be intrigued, nay thrilled, to be able to go to such a place where no man has been before …obviously who wants to miss the fun of exploring the unexplored territories of the world? It is the nature of seclusion to provide a window to the soul and reverberate its yearning. Such seclusion is guaranteed in the following places.

Covered with a thick canopy of trees, this territory, with a size equivalent to Austria, has a meagre population of 2000 natives. These people belong to one of the 14 indigenous tribes that have never come in contact with the modern world and have chosen voluntary isolation from the rest of the world.

This nearly untouched region gives the visitor a rare opportunity to experience the Earth as Providence intended. The serenity of this terrain is so supreme that it cannot be matched by any description but that of the first-hand experience by the naked eye. This land not only guarantees territorial beauty but also of the fauna and thus becomes a top priority for anyone who wants to experience nature in its purest form.

Ever wondered what ice, water, land, and a forest can do to a region to manifest in the best and the most scenic aspect possible?  Well, that question is answered in utmost completion when we mention Northern Patagonia in Chile. This rugged terrain may give its residents a hard time, but there is no want of scenic beauty which gives one a feeling of nirvana. Exuberant rainforests with shrubbery across the steppe and unscaled mountains surrounding the area with snow-covered summits give the beholder a sight that may only be rivaled by one’s imagination of heaven.

The ice fields stretch for hundreds of acres and also present themselves in the form of caves made of ice with ice flaked ceiling and crystal-like walls. The fjords, the tranquil rivers, they all wash down the place and give a turquoise hue to the place. All of this certainly makes it a must-see for all.

We are discussing the unexplored territories on this planet, then why should we just stick to the land? One of the deepest and the most dangerous of all places where life exists is 7000 metres below the sea level. The marine life here is exquisite along with the fauna and fully stable and independent ecosystem.

In fact, it has been found that this place is different from other trenches that are found at such great depths, which makes it even more intriguing. This place is also home to very rare and unique cusk eels, which are very hard to place elsewhere. Although most of us won’t be able to visit this place, it should not stop us from appreciating its singularity and its vividity.

This unique creation of nature is simply spectacular and dare I say, best until now. Tsingy in Malagasy means “walking on tiptoes” and is rightly exclaimed so, as this area is teeming with limestone needles creating a labyrinth so dense that anyone could get lost, and adds to the list of unexplored territories. This region was a plateau of limestone and over the millions of years, the rain corroded the surface vertically in such a fashion that has created hillocks of limestone surrounded by the hills, valleys, and gorges that give the onlookers a sight they may never forget. The place truly is a wonder of nature and beautiful in every aspect.

The Russians are known to be a little aggressive and this peninsula exhibits nothing less with 300 volcanoes and one of them has been continuously erupting since 1996. Known to be the biggest habitat of brown bears in the world, this place is majestic as well as magnetic with resemblance to no other places on this planet. Tallgrass, rivers teeming with salmon, Alpine meadows with colourful flowers and emerald forests and mauve Tundra really develop a kind of wistful look on any who hears about it. Some argue that it is the most beautiful place on the Earth, and I am sure it will be hard to refute that.

The catalogue of unexplored territories is not very long, but incredibly fascinating.

As it’s rightly exclaimed, unexplored territories lead to undiscovered fortunes. Hobbies are to define personality, hence, if your hobby is seeking adventure, you must be overwhelmed by knowing about these places. There are yet hundreds of unexplored territories around the golden ball which I would love to recognize and fall in love with. Don’t you feel the same?!

Will I be able to travel on a budget?