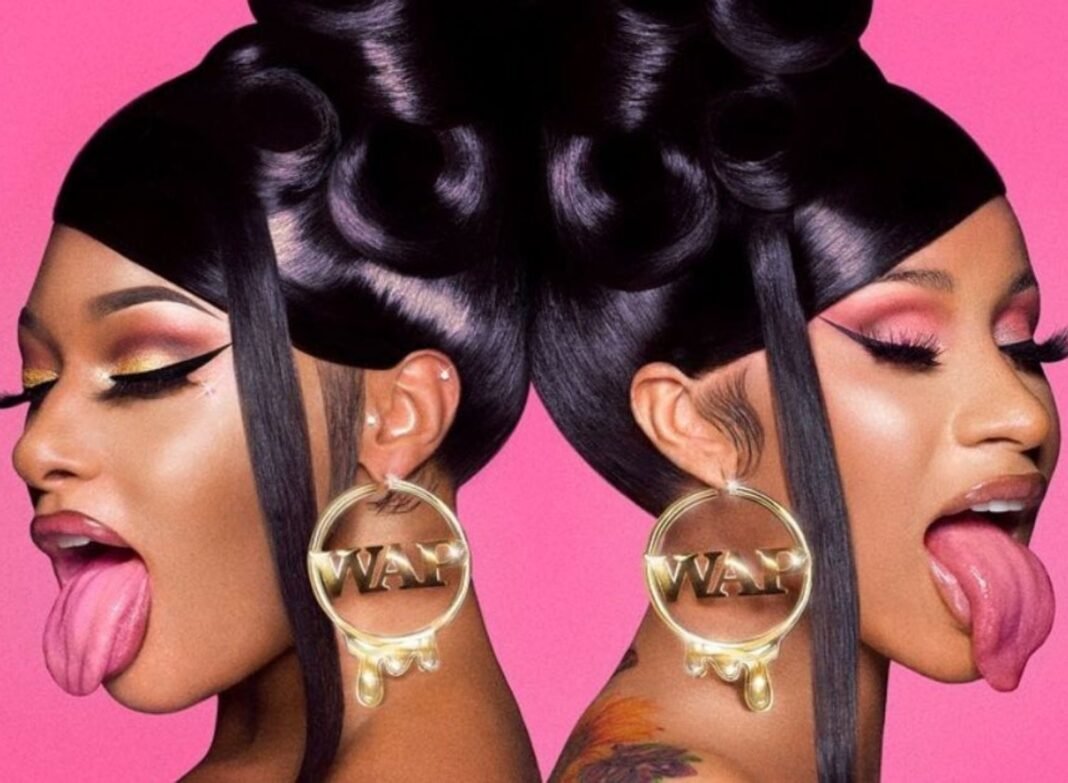 Since its release in August 2020, WAP (stands for “Wet A** P***y”) has broken records and is even still trending on all social media sites. The classic Cardi B’s sass consolidated with the utmost swag of Thee Stallion has given such a massive and powerful music number.

But with the rise in popularity of WAP, the factions of harsh critics came to scale. Its explicit lyrics were trolled and were asked to be pulled off the streams. While the lyrics celebrated women’s passionate desire and their preferences, some convicted it to be extremely women degrading and a big hurdle in the rise of women empowerment.

James P. Bradley, a California Republican congressional candidate, made a very croaky statement on his Twitter account which goes, “Cardi B & Megan Thee Stallion are what happens when children are raised without God and a strong father figure. Their new ‘song’ The #WAP (which I heard accidentally) made me want to pour holy water in my ears and I feel sorry for future girls if this is their role model!

While everyone is obliged to their opinions, especially a review to an art number, yet giving a raucous description as this particular one could deeply motivate people in a highly wrong sense. And sadly, in this case, he is a representation and at the same time, has a strong ability to influence the mass.

DeAnna Lorraine, conservative commentator and ex-Republican congressional candidate the US, too put up blunt words, “Cardi B & Megan Thee Stallion just set the entire female gender back by 100 years with their disgusting & vile ‘WAP’ song” and “The Democrats support this trash and depravity!”

If we begin to analyze the statements that these people unthinkably provided, it will take us a good brain-eating session to reach the end.

But here is the main question, why WAP? Why did every ‘moral-ed’ person stood up and raised their voice against WAP and the ‘explicit’ and ‘degrading lyrics’ that it had?

While Lil Pump’s ‘I love it’ was celebrated as ‘great rap music’ which had lyrics ‘I like my dick sucked, I’ll buy you a sick truck, I’ll buy you some new tits, I’ll get you that nip-tuck and was ‘cool’ for the world, but when our Cardi B and Thee Stallion say ‘I want you to park that big Mack truck right in this little garage’, it is ‘demeaning’ and ‘shameful’. WHY?

Because Misogyny is people’s favourite past-time.

But Is WAP really feminism?

For generations, male rappers have recapitulated to use women’s pussy, boobs, as mere ‘fu*cable’ objects in their rap lyrics and videos. Where were the protesters then? While men telling women to su*k them is neat? But a woman wanting it, is somehow grave?

Though the problem might seem a tad bit and new agendas might emerge out to ‘justify’ the reasons to boycott a song like WAP (and other FEMALE rapper’s work) that ‘sexualize’ women, one thing to remember is that sexuality and sensuality are NOT WRONG.

They are a very fundamental human inclination that is prevalent in each. It becomes corrupt when sexualization converts into objectification and basic depravity. When we talk about WAP and the lyrics it carries, there is no instance where it makes ‘women’ sound like ‘objects’ (nor do men). The lyrics speak about being sexually active and sexual assent. It is nothing but embracing of self’s sexual needs and wants.

It is high time when women being ‘sex positive’ is encouraged, just the way they are ‘glorified’ when they execute household chores, or well, cook. Women are entitled to their bodies. Let us understand and relish that. With that, enjoy-

Now from the top, make it drop

Now get a bucket and a mop

Macaroni in a pot

How To Stay Positive In Everyday Life? (6 Powerful Tips)

Peace Education And How It Should Be Taught.