Window To The Tales Behind Constellations 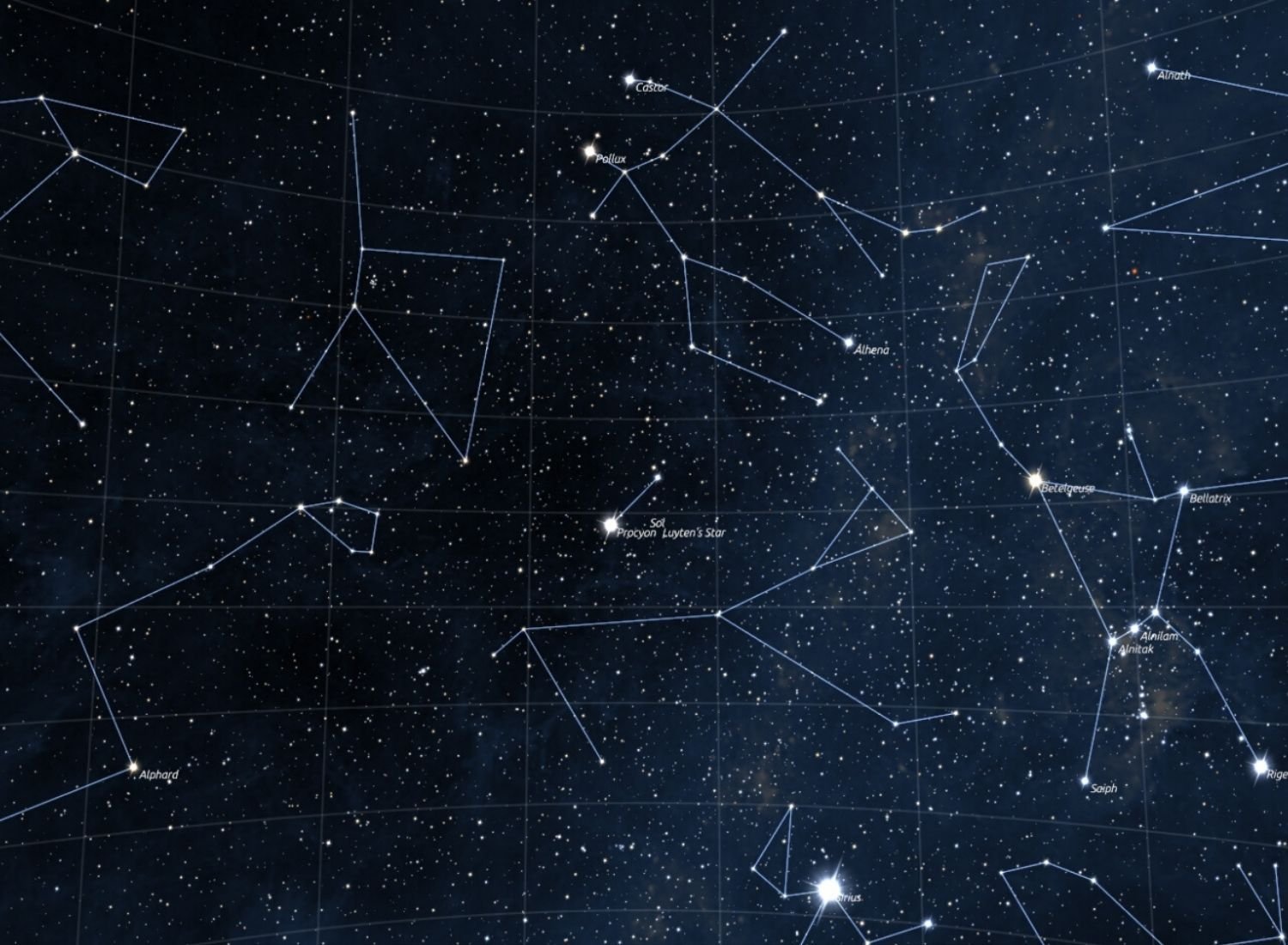 It is fun to watch at the night sky filled with stars. These stars sometimes form a certain pattern which is known as a constellation. They might seem to be closer to each other but in reality, are far apart. The patterns or shapes seen by the individual are dependent on his/her point of view. Many societies saw these constellations as the stories of their culture or as the gods and goddesses. Today, most of the constellations that we see came from ancient Greece. The tales below are some of the myths that are related to the constellations that are identified by civilizations all around the world.

Ursa Major is considered to be the largest northern constellation. There are many legends and myths that are associated with this constellation. According to Navajo myth, the Great Bear or Ursa Major derived from the story of the Changing Bear Maiden.

According to the story, there is a girl who accepts a bear as her husband. Her father gets to know about this marriage through her younger sister. Her father kills the bear and the older sister is transformed into a bear to get revenge. Seven brothers and the younger sister desperately try to flee their sister. The younger brother then tries to shoot them into the sky with his magic. The Big Dipper is formed by the seven brothers and the little sister is the faint star that accompanies them.

The most distinguishing feature is the seven stars that together form the asterism known as the Big Dipper in North America. The tradition of the bear is not prevalent in all cultures rather Hindus see them as seven rishis or wise men.

This constellation is located in Northern Sky. In Latin, it means ‘the crab’. According to the ancient Greek myth, the crab was sent by Hera – a sworn enemy of Hercules to distract Hercules – the great Greek hero. Hera had tried different ways to kill Hercules but he was invincible because of the physical strength that he possessed. Hera then cast madness spell on him which forced him to commit a grave crime. He had to perform twelve tasks to be forgiven.

One of these tasks included destroying the nine-headed water serpent, Hydra. Goddess Hera then sent the crab to help the serpent, but Hercules killed the crab by smashing him with his foot. Hercules put the crab in the sky for the efforts that it made. However, the crab is placed in the sky in a region where there are no stars because, despite its efforts, the crab was not successful in accomplishing the task.

Another myth talks about Hercules kicking the crab with all his strength that it went all the way to the sky.

Orion, the hunter can be seen in the winter sky with his bow and his hunting dogs, Canis Minor and Canis Major trailing behind him. Greek Mythology talks about Orion as an amazing hunter. He boasted that his skills are capable of eliminating all the wild animals from Earth, and this statement, in turn, angered Gaia – the Earth Goddess. Scorpion was sent to fight with Orion and defeat him.

Orion tried his best to battle the scorpion but soon realized that it is difficult for his arrow to penetrate the armor that the creature was wearing. To avoid the creature, Orion jumped into the sea. Then, the Greek God of the Sun – Apollo decided to take action. He told her twin sister, Artemis that there is a black creature in the sea which is monstrous and is a horrible villain.

Artemis was able to hit the target easily but when she went near the sea and realized who she has killed, she was in disbelief as she has killed her friend, Orion. She begged the gods to bring Orion back to life but they refuse. Therefore, Artemis put the Orion in the sky so that she can always see him.

Throughout the mythology, Draco the Dragon is famous. The presence of this great beast is found in Greek mythology. One of the more popular tales involves Heracles and twelve labors. The Earth Goddess, Gaia gave Hera a golden apple tree while she was marrying Zeus. This tree was put in the garden to be guarded by Hesperides and a dragon known as Ladon. Draco is represented by Ladon.

As a part of 12 labors to be performed by Heracles, he was asked to steal some of the golden apples. Ladon was killed by Heracles with the help of poisoned arrows. Hera being saddened by his death put the dragon in the sky among other constellations. This constellation can be found revolving around the celestial North Pole.

Most often Ganymede, son of King Tros, is associated with this constellation. He was believed to be the most handsome that gods and goddesses have ever seen. Once when Ganymede was attending to his father’s flock on Mount Ida, Zeus saw him. Zeus sent his messenger to Earth to bring Ganymede to Mount Olympus. Ganymede used to serve water to the gods whenever they needed it on Mount Olympus. Ganymede was also serving as a cupbearer to Zeus. Zeus being impressed by him decided to honor him by placing a constellation called Aquarius. Aquarius means water carrier among stars.

One day Aphrodite and her son, Eros heard the monster Typhoon in woods. The monster was crashing through the woods and coming towards them. Aphrodite and Eros began to run as fast as it was possible. The sound of Typhoon was heard closer and closer as they ran. Finally, Aphrodite and Eros came so far that they reached the shores of the Great Sea. Both of them changed themselves into two fishes and swam away to save themselves.

Later, this great escape was immortalized by Zeus when he placed the figures of two fishes, Pisces in the sky as a constellation. Another myth says that Poseidon sent two dolphins to help and save Aphrodite and Eros and these two fishes were the ones that became Pisces.

The Nemean Lion or Leo

Greeks used to believe that a figure of a lion was placed in the sky with other stars by Zeus. This lion lived in the city of Nemea. The lion used to eat other animals and people, and thus, everybody feared the lion. They tried to destroy the beast several times but failed to succeed. Heracles was then ordered to kill the lion. All the weapons of Heracles seemed to be useless in front of the lion. Heracles then used his bare hands and strangled it to death. When the lion was dead, Heracles came out of the cave with the skin of a lion. To honor the victory of Heracles, Zeus placed the lion in the sky.